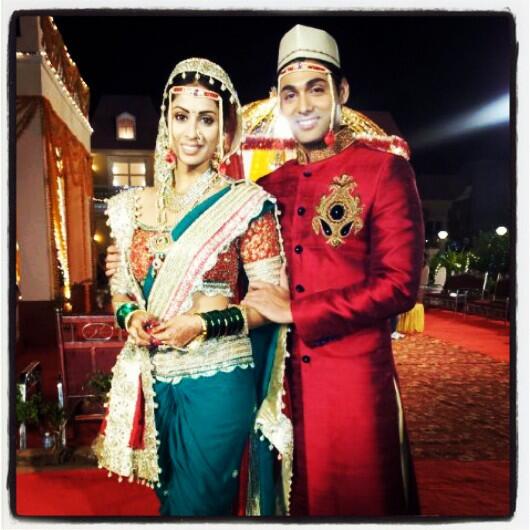 The much in love couple DV & Saanchi (Sangeeta Ghosh) are about to tie the knot in Kehta Hai Dil... Jee Le Zara on Sony TV. It is like a dress rehearsal for Ruslaan Mumtaz who in real life too will soon be married to his fiance Nirali Mehta. Things are happening fast for this dashing young man who as an actor has gained much confidence which shows on the screen too.

Here Ruslaan talks about the show, his fans and of course the love of his life - Nirali.

While it feels great, frankly speaking I am looking forward to completing a year. The celebration benchmark for me is one year. However, at the same time I can't believe that we have completed 100 episodes of Jee Le Zara. It was just some time back that we had started the show and now it is already 100 episodes old.

Are you now comfortable working for Television?

Yes, I am happy and now enjoying shooting so much that I am in a way addicted to waking up and going to work. Even if ever the show goes off air, I will do films again and will always continue doing TV. At the end of each day's shoot I feel I have been working a lot and the best part about working for Television is that the result of your efforts is out in 2 days when people see the episode unlike in a film when you work and get to know only after the film releases.

You were a little nervous when you started the show. Have the feelings changed?

Earlier, I would play a little safe but now after 100 episodes I have started experimenting without getting scared and thinking whether I am right or wrong. Initially, I was very particular and waiting for people's praise but now since people like the show, it makes a difference in my outlook too. Today the acting I do is in full confidence without worrying about the audience. My fans too are the reason I am comfortable now since I feel that people love me even if I do mistakes. My confidence level has increased.

Any advice from your mom, actress Anjana Mumtaz?

Ever since the show started my mom used to advise me on a daily basis and I used to eagerly look forward to her reactions since she is my number one critic but lately she has stopped doing that. She and my dad saw the 100th episode of Jee Le Zara and she told me that 'you have come a long way and now I have nothing to tell you'. That was a huge compliment for me. 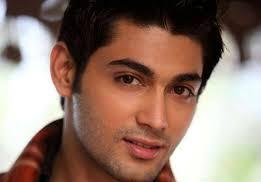 Are you active on social media sites?

Yes, I am in touch with my fans continuously on Twitter and because of that the interaction with them is much more. Whenever I get my phone in my hands I read the tweets, reply, re-tweet, etc., I read online articles and keep a track of what is written about me in India Forums too. I don't take much time to respond and if something catches my attention I react promptly.

I have seen fans earlier but the current fan following has been overwhelming and it is an altogether different kind of experience. Some days back I had tweeted that I was going to Jalandhar for an event for Jee Le Zara and a fan flew down from London just to see me at that show. She kept on asking me again and again whether I was definitely going to Jalandhar and I always I told her I will. I didn't think much of it till when I was on stage a girl caught my attention from amongst the crowd and told me her name. I suddenly remembered that it was she who was asking me on Twitter again and again! I was totally overwhelmed.

You recently got engaged to your girlfriend, Nirali Mehta. How does she feel about all this attention?

As an actor I have to respect my audience, and I appreciate the fact that somebody is removing so much time to show me their love. Nirali too loves the fact that people love me so much and are excited to see me. She is not jealous at all. She sees how popular I am and the kind of mail I get on FB... some girls send me pictures, some send me gifts but she takes it very sportingly. I get a little scared after seeing this craze but Nirali has no such reaction at all.

You both met each other while at the Shiamak Davar's Dance Academy. Any plans of doing a dance show now?

I am not very good at dance but Nirali is excellent at it and if we are ever offered Nach Baliye she will be most thrilled to do it and I too will do it for her. She is a wealth manager by profession and loves her job but she won't mind being part of the entertainment business for a little while. 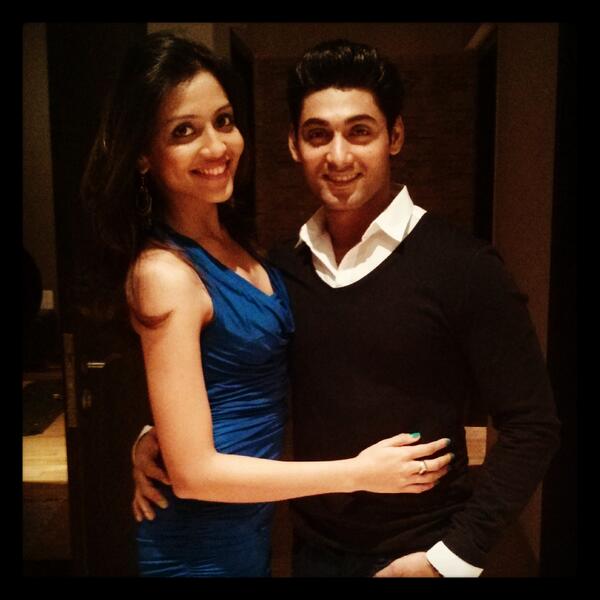 What do you think about other reality shows?

I am sure I will do shows like Nach Baliye and Jhalak Dikhla Jaa which are talent based reality shows that I will enjoy unlike a show like Bigg Boss which is a different kind of show altogether. I have never watched a single episode of Bigg Boss as yet but since it is a very much talked about show I have heard a lot about it. From what I gather I feel a lot of negativity comes out in that show and I am more inclined to doing shows with positivity. I want to be praised not ridiculed.

And what do you do if and when you get free time?

I don't get much time for myself these days so it is good that all my hobbies are related to my profession. So I like to watch movies and I like working out to keep myself fit. Whenever I get free time I go to the gym to maintain my fitness level, otherwise I work out on the sets. As soon as I reach the sets and have to wait for the shot to get ready I start my exercise routine. It has become a daily thing for me now and I do it without fail.

Finally ever since your engagement has been announced everybody is speculating on when you will get married. Any date fixed as yet?

I know that everyone is eager to know when I am getting married to Nirali and just today morning I woke up to news reports saying 2nd March is the date fixed for the same. However, I have not confirmed any date as yet and it is just one amongst the many dates that we are looking at and I will announce the date soon.

Ranubanku 8 years ago Loved the interview.. Ruslaan is the perfect combo of brain and brawn... And the cutest smile ever

8 years ago Ruslaan, superb acting as DV, love ur chemistry with Sangeeta so much!! JLZ rocks!!

+ 3
8 years ago Congratulations to you on your success. Ruslaan, you have really grown as an actor. Keep it up.

8 years ago ruslaan u rocks as DV in jee le zara. amazing chemistry with sangeeta.