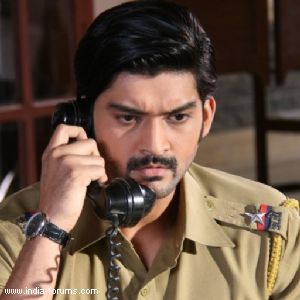 Na Aana Is Desh Laado fame actor Aditya Redij plays a police inspector of the 1980s for an episode in the forthcoming show Encounter. He says he had to work hard on his appearance and costume to look convincing.

In Encounter which will go on air on Sony Entertainment Television on Friday, Aditya will be seen playing the lead character of a police inspector named Bhagat Dave.

Aditya describes his character as "very calm and composed yet strong" and to justify his role, he focused on his looks too.

"I believe in perfectionism and getting into the skin of each role I play. As the episode's story was based in the 1980s, I had to closely work on my look and costume. I can assure the audiences that they will see something new and exciting in the episode," he said.

After acting in serials like Sawaare Sabke Sapne - Preeto and Junoon - Aisi Nafrat, toh Kaisa Ishq, he is looking forward to his new show, which is about the famous encounters between police and gangsters.

"I chose to get associated with 'Encounter' because of its unique concept. It was completely different from all my previous roles and assignments which made it very challenging for me," he said.

"When I got to know that the talented actor Manoj Bajpai is going to host the show, it felt really great to get associated with the show. Though we didn't get the opportunity to share the screen space, it's always wonderful to be a part of the same show with such a versatile actor," he said.

awida 6 years ago Just watched first episode of Encounter. What a great serial with super performances by all. Aditya Redij acted as never seen before. Superb. ananya2000 6 years ago ADITYA REDIJ
u wow yesterday
U Super...Rocks

awida 6 years ago Aditya Redij you are such a great actor..very hard working. I hope industry ppl give you your due. You deserve more.

Vartika07 9 years ago It's good that he is not coming in this movie. He should do selected movies now.