View Profile
We here at BollyCurry earlier reported that the ex-honeys Salman Khan and Katrina Kaif were in talks to do a movie together. These talks have now been confirmed.
It is official, Salman and Kat will be back together on-screen for Yash Raj Films.
YRF's next, to be directed by Kabir Khan and produced by Aditya Chopra, is said to be a romantic thriller. The le 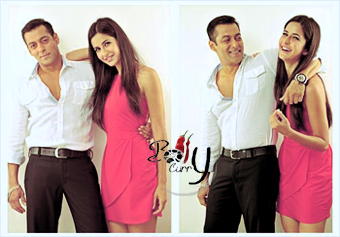 ads of the upcoming film, titled Ek Tha Tiger, will obviously be the much-loved pairing of Salman and Kat. The story was written by Aditya, and the screenplay and dialogues have been written by Kabir and Neelesh Misra. Pritam will provide the music score.

When talking about this newest project, Yash Chopra said that it is a very happy moment for him to work with Salman Khan, having earlier worked with his father Salim on many occasions such as Deewar, Trishul and Kaala Patthar. On the other hand, this is Salman's first time working with YRF.
Apparently, Salman is much honored to be working with Yash Chopra, as he has worked with his dad in the past. He further went on to explain that he had been approached numerous times in the past by Aditya, but none of the projects panned out. However, the script of this new movie drew him in and he is extremely excited to face the challenge that the role poses.
The film will start shooting in early July and is slated to be released in mid-2012.

Are you guys excited to see the once lover together on the screen?

Anurag Kashyap: Studios denied to Pay me if I casted Ranveer ...
16 hours ago