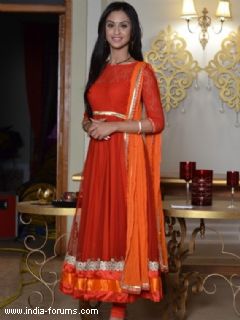 Pretty and good looking actress Krystle Dsouza who has won millions of hearts with the portrayal of her character as Jeevika in the show Ek Hazaaron Mein Meri Behna Hai, is all set to impress the audience with her new look in the upcoming show Ek Nayi Pehchaan on Sony TV.

Here is Krystle sharing about her new show and much more in conversation with TellyBuzz...

Further she elaborates saying about storyline of the show, "Both of them are unaware with the fact that in future they are going to be related to each other as I will play her bahu and she will be my mother in law. Then later how our relationship shapes is a twist in the tale and something which is a must watch."

Krystle says that she enjoys working with the ace actress Poonam Dhillon, "Well it is absolutely fantastic to work with Poonam Dhillon. I have already shot with her and we have bonded really well. I enjoy shooting with her."

The show Ek Nayi Pehchaan goes on air on the 23rd of December. We wish that the show does really well.

7 years ago krystle u rock

best of luck for ur new show

7 years ago I cannot wait for this show to begin! I've missed Krystle on my screen. Best of luck. :)

virmaanvirika 7 years ago love u krystu love u a lot !!!!!!
missing u and karan badly

+ 4
7 years ago Love you Krystle Dsouza! Will definitely miss you as humbum's Jeevika but I'm sure we'll see shades of Jeevika in your new character too! Waiting for the show to air

Best of luck and love you heaps :)

+ 3
7 years ago Looking forward to the show!!
All the best Krystu..love u loads