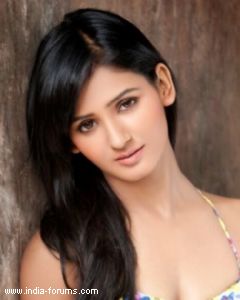 Shakti Mohan's first show on TV was Dil Dosti Dance on Channel V but after few months the actress called it off by moving on to the big screen. She was seen in the peppy item song 'Pritam Pyaare' from the film Rowdy Rathore. Now she returns back to her maiden series after almost two years of break.

Talking about her comeback, Shakti says, "I had not planned to leave the show or my comeback too was not planned at all. I know that D3 is a fantastic series and there are lots of fan following too. Thus, I came back to the show."

We wonder whether her character Kriya will be the same or has it been changed, "No my character of Kriya is going to be same. There are no changes at all. It's just that the track will show that I was in New York and now have comeback to India," answers Shakti.

Since there are new faces introduced in the show, when asked Shakti whether is she missing her old team or not, this is what she had to say, "Of course, I miss them a lot but even this team has given me a warm welcome and I'm sure we'll have good fun on the sets."

So how did she utilize her time all this while? "After doing an item song in Rowdy Rathore, I went to U.S for a documentary produced by BBC. After returning, I did a photo shoot for my calendar and was busy with A. R. Rehman concerts. I also assisted Vaibhavi mam in Dhoom song. Recently, I have shot for one more item number for Subhash Ghai's film. So there were many things for me to do," explains the dancer turned actress.

Well, Shakti's fans will be delighted to see her back in D3.

redefininglove 6 years ago Shaktyi Mohan u r one of your kind!! jst lovu ur style!!

zona_malik 6 years ago n now D3 is even more rocking wid u being Back :)