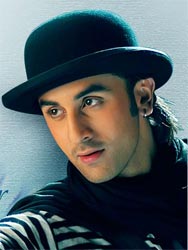 Featured Video
What do you think about the music of Bachna Ae Haseeno?

Phenomenal! I love the music of Bachna Ae Haseeno.I have done only one film before this and that's Saawariya and it had a different genre of music. It was more melodious and had an old world charm to it. This is my first commercial album and I am super excited about it. The songs that I like most are Khuda Jaane, Ahista Ahista and Jogi Mahi is my personal favorite, it's a screenplay based song and I guess when you see the movie you will enjoy the song more. This is one of the rare cases where a song actually takes the movie ahead.

What do you think about Vishal Shekhar?

I love them and I think they are phenomenal starting from Dus Bahane to Jhankaar Beats. They have a fresh sound and they have their own distinct style and I think I am really blessed to have music by Vishal-Shekhar in just my second movie.

Well I think first and foremost it was the script! I remember when I was still working on Saawariya and I wasn't accepting any movies though I was getting a bunch of offers but I just thought that I would wait till the release of the film. Then once Siddharth called me and said that Adi wants to meet you so I met both of them and they said that we have this script and we would like you take a look at it and decide if you want to do it. At the back of my mind I was ready to say no but I said to myself that I might as well read the script. It usually takes me two days to read the script but I just couldn't put the script of Bachna Ae Haseeno down ad it was really engaging, cinematic and I loved the way it was written. I loved my character and the other characters and I also loved how the movie grows. It's a journey of a boy from age 18 to 30 years and the relationships in his life and how he has to find his own redemption in the movie so I think its one of those rare scripts that just happened to come along and I was just lucky to grab it.

Can you tell us something about your character in the film

My character is called Raj. He is the quintessential Yash Raj hero - a fun loving guy who is mischievous, flirty, vulnerable, and a happy go lucky guy. He looks naughty and he can kill with his looks but its nothing of that sort as he is quite a klutz when it comes to dealing with women. Yet, you will see the maturity that his character goes through and how he grows and what he ultimately becomes! 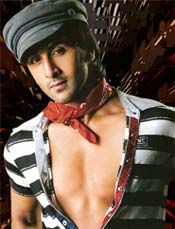 Can you tell us about your experience working with the lovely Minissha Lamba?

Minissha Lamba is one of those people who wreaks goodness. She has no negativity inside her. She is very unassuming and kept to her own on the sets. When Siddharth used to call her for the shots she use to be an avid listener as to what Siddharth wants and she was a very helpful costar for me. I also think there is a void of that Preity Zinta kind of actress in today's day and age and I think Minissha Lamba fits it perfectly to the "T". It was great fun working with her and I think she has done a wonderful job! She has played an 18 year old and 25 year old so you can see the growth in her character too and I am sure you guys are going to love her.

How was it working with the beautiful Bipasha Basu?

Bipasha Basu is the hottest woman on this planet earth! We all were star struck when she was on the set and we all were just taken aback on how hot she is. She is just wonderful and such a great human being. I was lucky enough to strike a really close friendship with her. I used to hangout with her beyond shooting and what she has done in the film, I don't think any actress could have portrayed this role better. She plays the character of Radhika who is a small town girl. It is a relationship that I am having with an older woman who is older by three to four years and the way she has played it, I don't want to talk much about it because it just takes away from what she has come done. 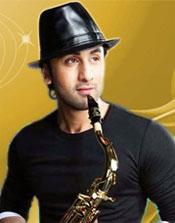 And how has the experience been on working with Deepika?


I remember Deepika and me were offered the movie simultaneously. We started our readings in August 2007 and at the same time she was working in Om Shanti Om and I was doing Saawariya so we have actually seen this movie from its conceiving stage to now when its releasing. It has been awesome working with Deepika firstly because she is my girlfriend and secondly because she is such a talented actress. She is focused and she knows what she wants. Deepika is not one of those who just wants to look glamorous as she focuses on the scenes, the dialogues and the way the director wants her to portray her character. People ask me do you have good chemistry with her? I really don't think I can answer that. It depends on how the audiences precieve our chemistry after the movie has been released! I am waiting and hope that people like our work and our pairing together.