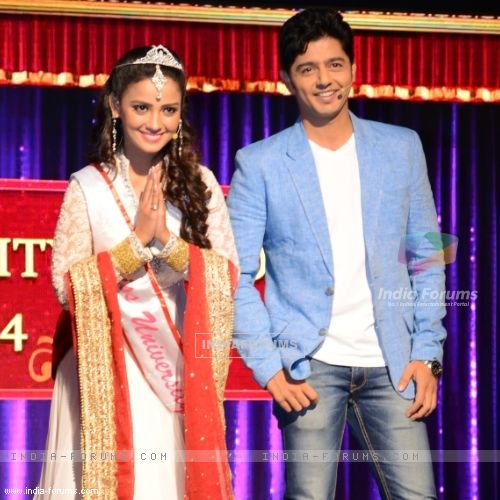 Television actress Adaa Khan last seen in an episodic of Encounter, is all set to come back with a fiction show Pia Basanti Re on Sony Pal. The actress has won millions of hearts with good work in many shows.

We got in touch with Adaa to know more about the show and about her character.

Let's see what she has shared -

Talking about her show Adaa says, "I am playing Pia in Pia Basanti Re. Pia is a very simple and very confident girl, she has got good head on one's shoulders. Her mom is a maid and she is not ashamed of the fact that her mother is a maid, instead she is proud and respects her. She tells people with pride that yes her mother works as maid and there is nothing wrong about it because she has struggled a lot in the upbringing of her daughter. Thus there is an emotional bonding in the show between a mother and daughter."

Elaborating more on the plot of the show, Adaa says, "On the other she will be indulged in a nok jhok with Kabir played by Alan Kapoor. Kabir is with Pia in the college and he is a rich boy. There is class difference between them but yes he respects Pia. Though they both quarrel with each other however, also support each other; it's a very different chemistry. My look in the show is very simple with limited make up and simple costume."

She further continues, "I was really happy when I heard about this character as I was waiting to do a different character. I have always done a glamorous role and wanted to do a simple role. So when I was offered this role I took it up as I was expecting something like this. In Behenein I did a positive role which was glamorous then I did a negative role in Amrit Manthan. Then I didn't want to do a negative role again so I was looking for a positive role and I got simple and positive role with no glamor in it. As an actor I want to try doing something new and different and so I took this opportunity. I did many episodic because as an actor I have a desire of portraying different roles."

Alan and Adaa have done Palampur Express show together and since then they are good friends. Thus we asked Adaa about the same for which she said, "Alan and I did our first show together Palumpur express for Sony TV. So I was very happy that Alan is my co actor in this show because were are really good friends while doing Palampur Express and even after the show we maintained our friendship. Thus when we saw each other we both were very happy because when you know the actor opposite to you, you are more comfortable to work with. So the comfort level is high and so the chemistry automatically will be good."

TellyBuzz wishes Adaa Khan all the best for the new show.