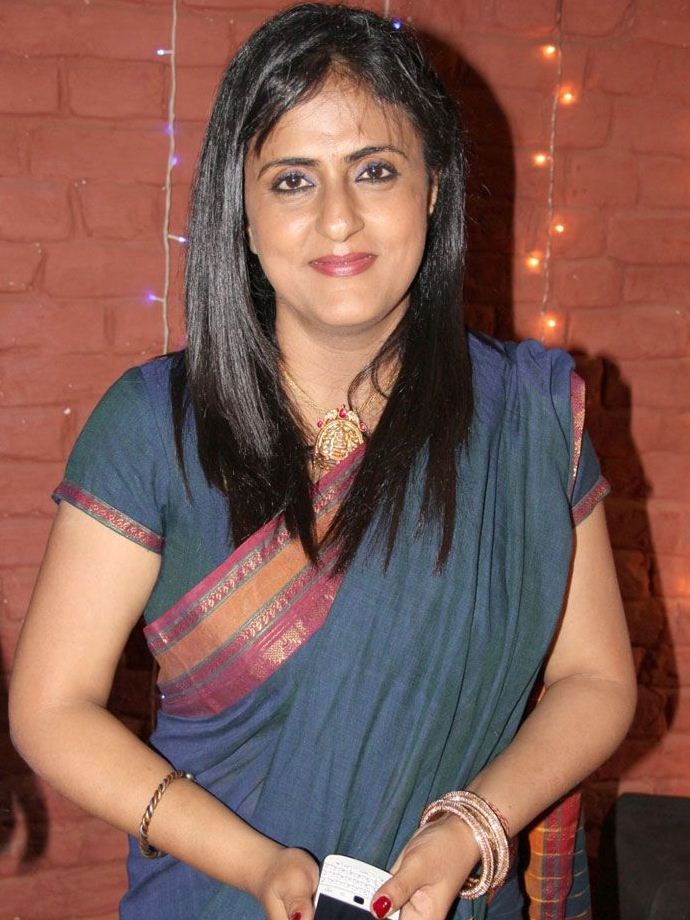 Damini Kanwal Shetty is one dynamic lady as she takes important decisions and finalizes last minute things as a producer-writer even as she gets ready to don the make up to portray the role of a powerful NGO worker on the sets of her show Bani - Ishq Da Kalma. The show was her concept and she has managed to stick to the original storyline as a writer and creative director. Now acting in the same show she is back to her real love which is of being an actor. She speaks to TellyBuzz about the show and more.

Tell us a little bit about your background in the Television industry.

I have been a writer for TV shows and I am a producer now but per-dominantly I am an actor. I come from a theater background which I have been a part of since I was 15 years of age, after which I have done TV shows and plays both. Acting however took a back seat after marriage and the birth of my daughter. I then took to doing things behind the camera like writing and handling back stage but, continued with acting in theater since that is my first love. While I have done serials on DD too earlier, people will remember me for my roles in Ramanand Sagar's Shri Krishna where I played Yashoda, Scheherazade in Alif Laila and Parampara.

So should we call your stint in Bani - Ishq Da Kalma as Anuradha, an NGO chief as sort of a comeback for you?

Yes, it is sort of a comeback for me which was never planned. It happened quite suddenly when we were looking for a suitable senior actress to play this role of a woman from a NGO. Prashant Bhatt, Weekday programming head - Colors suggested my name for the role and everyone approved so I decided to do it.

After my first stint in the show I had never imagined I would come back but then it was the story's demand and thus my character was back in the show.

How do you manage to be a producer, writer and actor for the same show?

I try to strike an amicable balance between being a producer, writer and an actor on the same show. I feel that somewhere it helps me since if anyone wants to ask me any questions I am always available on the sets. It is not at all difficult to adapt to all three roles but is actually quite fun and challenging too to manage all three.

Which role do you enjoy the most?

I don't have any favorites and would say that I prefer all the roles in their respective spaces. Being in front of the camera is different whereas writing is most fun while as a producer there is lots of planning and co-ordination involved. However, I would say that creating various characters as a writer is most fun since Television is such a media that putting things on paper is different but then there are so many limitations that day to day storytelling becomes a challenge. 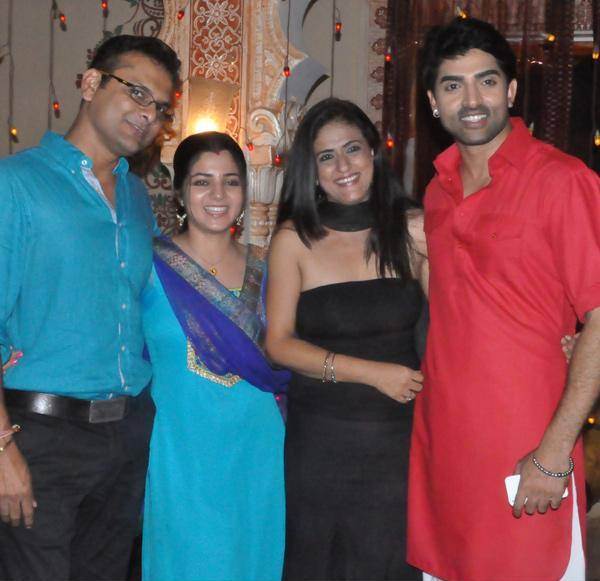 And as an actor?

As an actor too I have fun while shooting and talk the most when I'm in the scene. My team thinks I am the most troublesome actor in the show since I have other things to look after like channel meetings, sittings with the creative team so I am always rushing from one place to another and it is sometimes crazy for them to manage my time and dates.

Have you ever been involved in a real NGO?

From my side I tried to start a helpline for rape victims but it didn't materialize. I try to help those in trouble especially children but I think I am not doing enough and definitely want to do more.

With so much on your platter how do you manage the personal and professional life balance?

I have an 11 year old daughter and I can manage because she is such a sweetheart. My biggest support is having my mother staying with me and that is the reason I can go out and work. I try to spend quality time with my daughter and the best thing is that my producer husband Raj Shetty too is in the same profession so either one of us is always there with our daughter.

What are your future plans for your production house?

We are planning to make more shows since we are creative people and as writers, and creative directors we are inspired by this medium wherein we can do shows which take a stand for the right. At the same time we want good numbers and ratings as well to give something enjoyable to the audience. It is a huge struggle to try and be realistic while fight the demons too. It is an uphill task which we take as a challenge.

Will we see Bani - Ishq Da Kalma too continue to stick with the original concept?

Yes, even in Bani - Ishq Da Kalma till now we have tried not to waver from the original story idea despite introducing various tracks. We want to give the message in Bani - Ishq Da Kalma that - Don't give up and Keep trying. We hope we can send across this message and don't digress even in the future too. We are concerned as to what the audience wants to watch while at the same time see to it that nothing affects the story and that the original concept stays the same. We might increase the level of drama or pace of the story but the story was always to be shown this way.

asha-love3 6 years ago We want ONLY soji scenes!!!
Please stop this track!!!

leavesandwaves 6 years ago Make Parmeet disappear in some jail and make the show more positive. Make Bani more spunky like her sister who is not shown nowadays. Make Rajji more cheerful and give Soham some solid part to play like in the last episode.

BullsEye777 6 years ago Didn't know about Damini's experience in acting. No wonder she is so good in the serial.

Stark_Wolf 6 years ago u havent deviated frm d original story lind wth lol...mam u are really a good actress nd one of d saving grace of this show too bt have to disagree with ur statement of keeping story intact...ur lead bani the d most greediest...dumbest...selfish lead of indian television nd the actress playing it makes it worse...!the moment she is shown i change d channel!!! where as i love neha/rajji she is a powerful actress infact d only reason i watch the show for!!! nw what i wana see
1.Desho to regret rejecting sohum for her nri dream
2.desho to go mad thinking abt ruining her childs life llol
3.Big show down bw parmeet nd rajji(why did u make him complete neg...he looked too good with neha...i qould have loved to see a love triangle bw them :-P)

pesi11 6 years ago i dont care whether u stick to original plot or not as long as u show sohum and rajji ... bani is the worst lead on this show. its betr to reduce her screen space

ABCDE2 6 years ago Damini is brilliant an actor! I love her as character Anu!

BullsEye777 6 years ago I believe viewers like me feel the story did not stick to original plot as the serial was supposed to depict the struggles of a bride ditched by an NRI. A journey of what today's Rano would have done. Instead,it is tough to understand why Parmeet wanted to murder Bani under current circumstances

-Hima- 6 years ago Ok! Now I know that you have NEVER really understood what we were asking for! While you feel that you have stuck to the original concept all along, the audience definitely disagrees.. look at the trps!

This show has one of the weakest leads on TV, aka Bani/Sheffali!

Only good thing I can think about this show after watching it for so many days is that it produced one of the most talented actresses namely Rajji/Neha. Adhvik, Gaurav and the actress playing Gagan are good too.

There is nothing NRI about this show which was the original USP.. if anything it is demeaning to all NRIs in general with the way they all are depicted.. greedy and villainous!!