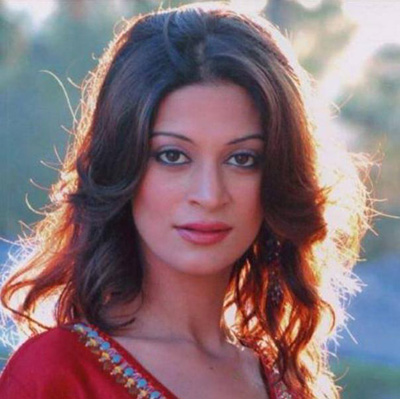 The wild card contestant Candy Brar who entered the show two weeks back through the Caravan, got eliminated from the reality show Bigg Boss Season Saath 7, which airs on Colors in the Weekend Ka Wow with Salman Khan's Saturday's eliminations episode.
Candy stayed for almost 2 weeks in the Bigg Boss house. She entered in the house to prove her point on the talks spoken about her by the ex-contestant of the reality show namely Vivek Mishraa. But the sad part was, when she entered the house, Vivek took his exit in the mid-way eliminations in the house.

On the same we got in touch with Candy Brar to know about her journey in the Bigg Boss house, whether was her purpose served in the Bigg Boss House, the strongest contenders according to her and much more.

Let's see what Candy has to share with us...

So how has been Candy's stay in the Caravan and she says, "That was the most terrible time in the Caravan. The days seemed too long and I hated that feeling. The saddest part was you don't even come to know whether it is Day or night and you are locked up in the Caravan with only one person. Ajaz is really a very nice person, but he had a split personality and it was difficult to cope up with his behavior."

When we asked Candy about, the contestants who are playing a game in the house, she said, "Armaan is not playing any game. He is a very honest person and always fights for right things. He has a long way to go in the show if he controls his anger. Apart from Armaan, I feel that 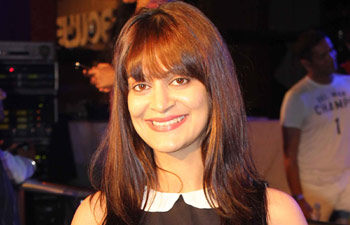 Kamya Punjabi is playing a game, and playing it very properly. She seems to be focused and is executing her plan well, which is good for her."
Further she elaborated saying, "Ajaz Khan is definitely playing a game. In fact he entered the house with a game itself."

We saw Candy getting along well with contestants like Armaan Kohli, VJ Andy and Tanisha Mukherjee. On the same we asked her on what made her just mingle with them and she replied, "I got along with everybody in the house but I used to like spending time with Armaan, Andy and Tanisha. I found them very sweet and caring. I got a lot of positive vibes from them and I chose to sit with them most of the time."

So what was Candy's reaction on being eliminated from the house? "When I got eliminated in the nominations, my dear friends Tanisha, Andy and Armaan went around all the cameras in the house and said to vote for me and that made me feel very special," says Candy.

Lastly we asked her whether her purpose of entering the house got served or not? Here it is what she says, "My purpose was not served completely in the house as when I entered the house Vivek had already left. But now people know me, who I am and this is fair enough, I think."

Well, we wish Candy all the very best for her future endeavors.

M.F.E.O 7 years ago thank you Candy for being kind to arman in your interview . this is true that arman is not playing any game in this show but claims to play dirty one . miss you Candy .

Arshalicious 7 years ago Lolz woman who are you...his PA??
He himself declares that he's playing a game

mihali7 7 years ago Since when is playing the game a dishonest thing? Idiot
I wonder what was kushal thinking when he dated her. Drunken much? Maybe :p

every word has already been said by tanisha in BB

loveyoupreeto 7 years ago Arman himself says, I am playing a game ..doesnt he keep saying main game khelne aaya hoon

Viru_Neutrogina 7 years ago "Armaan is not playing any game. He is a very honest person and always fights for right things." &
"Tanisha is playing very well. She is very much patient and composed, and is playing with dignity"

IPKKNDfan4ever 7 years ago LOL!
i think her hair were by far blocking her view...