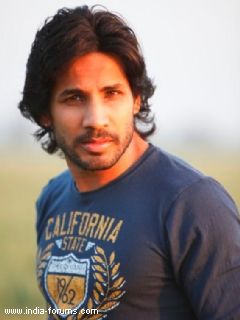 Talented actor Krip Suri who is seen as the strict professor Vardhan in Beyond Dreams' popular show Sadda Haq on Channel V is very happy with the response he is getting from the audience for his character in the show. Krip, who was earlier seen as Rahukaal in Life Ok's Savitri finds Vardhan to be a challenging character to play because of the differentiation between these two characters.

TellyBuzz spoke to the actor to know more about his experience of playing this character and much more...

How has been your experience playing Vardhan so far?

It's been very wonderful so far. For me, it's a very different character which I have got to play after Savitri where I played Rahukaal. It's a complete change over for me as an individual as well as an actor from playing Rahukaal to Vardhan. The character of Rahukaal was based on history and fantasy world whereas Vardhan's character is more of today's world. I am really happy that people are liking it.

He is the main protagonist of the show and the story revolves around him. His past is related to his present and the same thing is going around him in the present what happened with him in the past. This character has lots of shades. He is a very strict person. It feels wonderful playing this character.

Having played so many negative and grey characters, would you like to play a positive character in future?

How do you find the team to work with?

It's a wonderful team to work with. The production people, the cast and crew and the producers Mamta Yash Patnaik and Yash Patnaik are very good people. I feel very happy and lucky that they casted me when my one hand was fractured. I even started shooting for the show with one of my hand fractured. It was so sweet of them to cast me in that condition. The entire team is very good and very co-operative.

How difficult was it for you to shoot with one fractured hand?

It was quite difficult for me to shoot with a fractured hand. I used to get up early in the morning and get ready to go for my shoots with one of my hand which wasn't working but because of that, I understood a lot of things. I learned to do everything with one hand and though it was difficult for me it was a part of my life and I had to live with it. 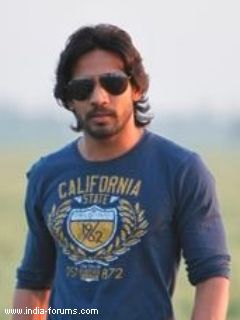 How challenging was it for you to get yourself evolved in this role?

It was a challenge for me to play this role. Initially, my one hand wasn't working and the next thing was Savitri had gone off-air recently and after playing Rahukal for around one year, I needed at least one month time to get over it. That character was very much different from Vardhan in terms of their diction and body language. I would like to thank God that my real fracture worked for this character initially and people liked it too. So, I am happy.

What kind of feedback you are getting from the audience?

Keep rocking our show by watching it. It's all because of you all that our show is on number 1 position on Channel V. I would like to thank all the fans for watching our show and making it no. 1. Most of the audiences of our show are school going kids or college going. I want them to focus on their studies and exams as well. Keep watching our show but don't sacrifice your studies for that because studies are more important. Lead a good life and stay positive and achieve everything what you all want from your life.

sweetmadhuri 6 years ago Thats a really sweet msg for us

DushtDanaf. 6 years ago Youre doing a great job as Vardhaan on the show..!!.. Sadda Haq rockins..!..

100littledevils 6 years ago You are amazing as vardhaan sir! Love u krip suri!

Girl54 6 years ago You are amazing as Vardhaan!
bless you.

kingofme 6 years ago loving ur acting vardhan sir... sorry i like this name more. :)

prem_diwani 6 years ago Not that I don't like Vardhan, but main protagonist - that's taking it too far.
SH is about Sandhir and their evolution.

Moumimon 6 years ago doing a good job as vardhan..keep rocking...

Jaya Saha to be Arrested by the NCB Soon: Report
28 minutes ago

Shaheer Sheikh opens up on getting offers from Bollywood in ...
51 minutes ago

"This NEWS is FALSE, MALICIOUS & MISCHIEVOUS": Nikhil Slams ...
59 minutes ago