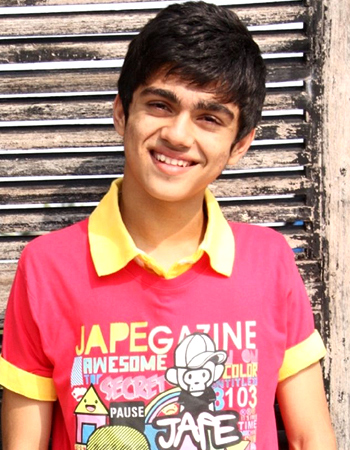 Even as kids all around gear up to celebrate Children's Day tomorrow, we have a special interview with the young and talented actor Rohan Shah who started his career as a child actor when he was merely 6 years old.

Rohan who has done ads, TV shows and films is currently being talked about for his role as the younger Kaal in Krrish 3.

Let's find out from Rohan who talks about his journey with TellyBuzz...

How did acting happen to you?

Actually, I do not even know when I started acting. It was my mom who wanted me to do advertisements. She was very excited about watching her kid on television. My mom was not aware that you get paid if you feature in an ad and when you face camera on TV. For my first ad which was a Colgate ad, they had asked my mom for the budget. She got confused that we will have to pay to come on TV. Later, they told my mom that it is just a shoot for 3 hours and he will be paid this much amount. I got into ads not because I was getting paid but because I was interested in it and people started recognizing me. Offers started to pour in and when you get offers you definitely do not deny. So I started working in ads and it just took me off.

What made you opt for acting as your career?

Initially, when I was at the ripe age, I did not know what I was actually doing. Slowly and gradually, I understood what acting is and I started loving what I was doing. I realized that I can work on it and make myself fit for this profession. When I was old enough to take decisions on my own, I decided to make acting as my career profession. It is all about passion. It is so much fun to do cool things seriously.

Which was your first venture as a child artist?

My first venture was the Colgate ad which I had done when I was 6 years old in the year 2000.

As a child, how did you manage your school as well as work at the same time?

At that time I was only doing ads and a few films. In movies also, I worked only for a month and then I was at home. And ads were just a single day shoot. So there was nothing that I missed out on as a child; be it studies or playing with friends. I have done it all. It is just that maybe my friends must have played for 8 hours and I played for 2 hours. But at that time the experience which I have got as a kid is extremely worthwhile and today as a 19 year old I do not think there is anyone who has got so much of exposure and experience.

Instead I feel by playing for a few hours less on some days I am benefiting immensely today. Also, if you are a son/daughter of a star you have a benefit of understanding this industry and profession better as you have people to guide you. In my case, I have no one from this industry so I am getting to understand what is acting and how does this industry work. I am learning things myself.

Anytime did you feel that your studies are getting sidelined because of your work?

Never actually. My school supported me a lot. Anytime I had my shoot and exams on the same day, they would encourage me to complete my shoot and took my exams with the students who were absent due to sickness. They understood that this is also important for extra-curricular activity. Some students are good in sports while others in arts. They understood that this is my art and have always been supportive and co-operative not because I will come on TV and make the school proud but because they knew I wanted to get into this and encouraged me.

Name a few achievements as a child artist...

I did two seasons of Boogie Woogie in which I was a finalist and I was also a finalist in Returns of Super Champs. Also, took part in little star's champion series and I won Horlicks biscuit inter-school event. Moreover, I have done more than 250 ads. 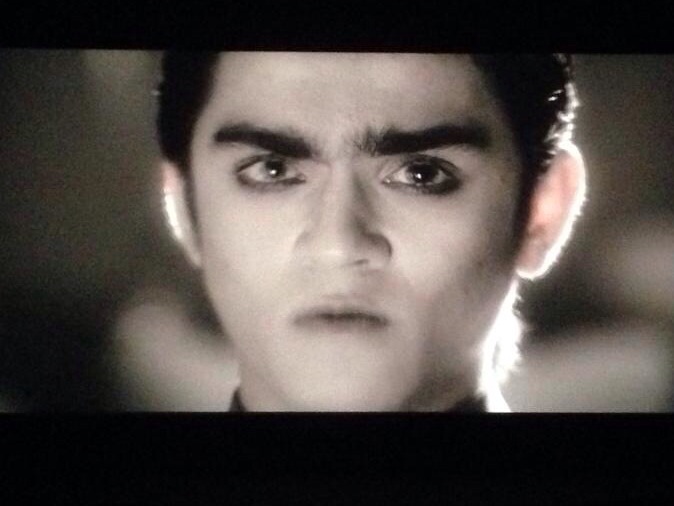 Recently you played the role of younger Kaal in Krrish 3. How was the whole experience?

When I got a call from FilmKraft Productions, I was in my college. They asked me to come and meet them. Directly from my college I went to FilmKraft pretty much sure of them calling me for an audition. I met them and they told me to go inside where Rakesh sir was already present. He called few more people in and set my look and costumes.

He asked me whether I am okay with the look or not. With all the confusion in my mind I asked him "Okay! Theek hai! Lekin hum kis cheese ke liye baat kar rahe he?" and then he was like this is for Krrish 3, Kaal ka childhood he. Just one scene but it is an important one. I was more than happy because they know me, know my work and selected me without auditioning me. I am a part of such a huge film, this reason is enough to make me happy. All those who watched the movie, texted and sent messages on whatsapp. They appreciated my role and acting.

While you were kid, did you ever face the superiority and inferiority thing?

Never. Never. Never. I remember I was doing this film Kyu! Ho Gaya Na that was a phase in my life where I am extremely proud of myself. Mr. Amitabh Bachchan has helped a lot. While the shoot for this film was on, I was also shooting for Hajmola ad with Amitabh uncle for 3 days and on that same night I was shooting for a song for the film with Mr. Bachchan.

The legendary actor did not ever fail to encourage me and motivate me. Amitabh uncle as well as several other actors with whom I have worked have always motivated me and taught me the minute nitty-gritty's. They always told me tu bada hoke bahut bada star banega. This feeling itself is extremely amazing.  I feel very blessed to be amidst such good people. 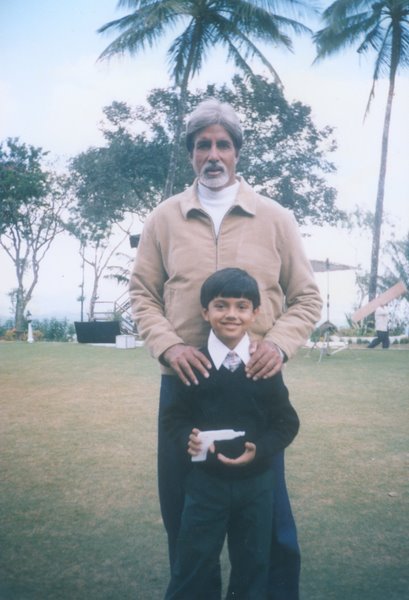 You have Mr. Bachchan and several other actors tweeting for you and appreciating your work. How do you react on this?

I was on cloud 9 when Mr. Bachchan tweeted about me. He is a legend. Mein jo bhi boluga who kam hi hoga unke liye. He is that great. I went insane and crazy when I read his tweet. I have always appreciated the goodness and people's concern for me.

You have done TV as well as Bollywood. What do you prefer the most? And now that you have got a good response for your Bollywood venture, would you get back to TV?

I have actually done every form of acting from theaters to viral videos, music videos, short films, films, TV series and ads. I like to explore every facet of acting. The moment you get into your comfort zone, you stop growing. I wouldn't stop myself to any of these things. If I get an offer and if I feel I can grow as an actor and it is interesting too, I would definitely do that. At this point of time, I cannot expect a proper Bollywood launch or release because I know my body structure and I know where I fit in. I would be choosy but not as a star, I would be choosy of the work that helps me grow even if it is less budget wise. I will never ignore television or anything else just because I am a star. For me, I am not a star. I am just learning as each day passes.

One of your most memorable experiences as a child artist...

There are many but the most memorable I would say jab mein Holi party ke liye Amitabh uncle ke ghar gaya tha. The whole feeling was something else. I cannot express it in words.

On the occasion of Children's Day, something that you would like to share with the young and aspiring child actors...

I cherish my days as a child when watching Mr. India every year was just the routine. It is great how things have changed over the period of time. Today, children have several opportunities and our nation is witnessing so much of growth because of the potential talent in these young children. They should make use of these available opportunities.

tbutterfly 6 years ago all the best rohan hope u get better and bigger projects to showcase ur talent...

nish0910 9 years ago awwwwww they look too cute! :D
I cant wait for this show to start! :D

im waiting when this show will be telecast

chahat4u 9 years ago thanks so much. Madhuri is looking beautiful and graceful. :-)