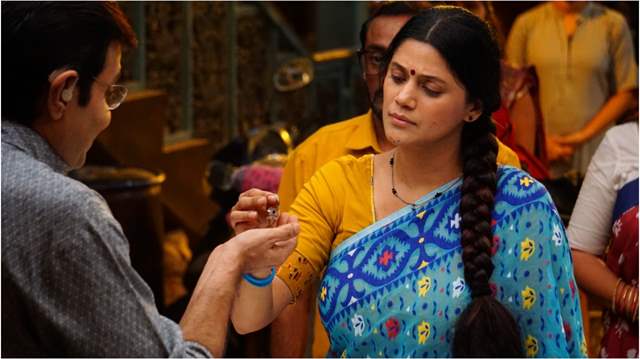 Sony SAB's Pushpa Impossible leaves no stone unturned when it comes to drama, entertainment, and laughter! Pushpa Patel and her family have no shortage of problems and they are currently dealing with some major ones. Bapudra has wrongfully evicted Pushpa and her family from their homes, while Ashwin and Dipti are on the verge of losing their jobs and reputation.

While the biggest loss has gripped Pushpa and her family as they lost the court case against Bapudra, troubles seem to be endless. Bapudra who wants Pushpa and her family immediately out of the chawl, calls packers and movers to remove the family's belongings but Pushpa, who has no plans to leave the chawl, has something up her sleeve. On the other hand, Ashwin is caught in shambles, as his name has been maligned in a bribery scandal that threatens his and Dipti's jobs. While Bhaskar, his colleague, tries to assist by searching for proof of Ashwin's innocence, the Patel’s are in huge trouble. At the chawl, Nanavati arrives after learning that something is wrong in the Patel household, and Bapudra cheerfully greets him, assuming that he is there to suspend Pushpa from school and tries to manipulate him.

What is Pushpa’s further plan of action? Will Ashwin and Dipti lose their jobs, or will their innocence be proven? Why is Nanavati visiting the chawl?

Karuna Pandey who plays the role of Pushpa comments, “Pushpa is not one to easily give up something she has worked very hard for. Bapudra cheated in court, and unfortunately, there are many Bapudras out there. Forging documents, lying about evidence, and threatening witnesses are all particularly common and many innocent people are wrongfully suffering as a result. Keep watching the show as it’s sure to get more and more interesting.”

Naveen Pandita who portrays Ashwin says, “Ashwin's situation is one that I'm sure we've all experienced at some point: a co-worker dragging you down when you're on the rise. Bribery is not only wrong, but it is also illegal, and I am strongly opposed to it. I hope that in the coming episodes I can discourage acts like bribery and show people that such illegal acts can lead to nothing good."

+ 9
1 months ago The show is sooo good! The way they deal with real issues and face consequences together, yet stand strong!

+ 3
1 months ago I hope everything turns around for the best! Pushpa Impossible is my favourite iTV show right now ✨️