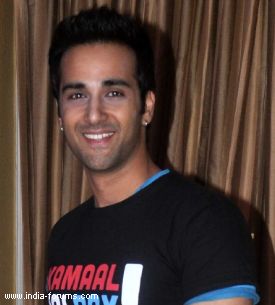 "Fukrey" actor Pulkit Samrat is all set to shoot a dance sequence in Dubai for his upcoming comedy "O Teri" opposite actress Sarah Jane Dias.

"It's the team (of) 'O Teri'! Off to Dubai to shake a leg with Remo, Sarah Jane Dias," he posted on the micro-blogging site Wednesday.

The film has been produced by Alvira Khan Agnihotri and Atul Agnihotri and is directed by Umesh Bist. It will hit the screens March 7 next year.

Ashalata Wabgaokar passes away due to COVID-19
22 minutes ago

Zarina Wahab was Tested Positive for COVID-19; Actress ...
32 minutes ago