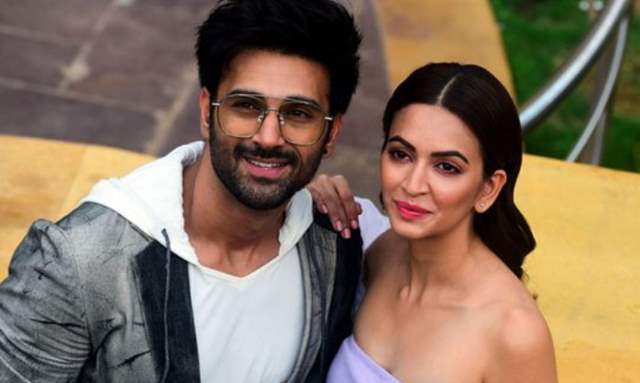 Actors Pulkit Samrat and Kriti Kharbanda’s dating rumors took the headlines by a storm and fans were eager for new developments about the same. No sooner than the two made their relationship public, speculations of their marriage plans started doing the rounds. However, Pulkit has now put an end to these rumors as the actor has cleared the air about their wedding plan.

During a recent interview with Times Now, Pulkit was asked if he and Kriti are planning on getting married. Pulkit replied that there are no such plans as they are focusing on their respective careers.

No yaar because as of now we want to focus on our careers. Because how many times in life are we going to get a chance to work with Anees Bazmee, Bejoy Nambiar, Salman Khan Films, T Series, all back-to-back. If God is blessing us and aap par kaam hi kaam aa raha hai, uss kaam pe concentrate karo. That is what we are focusing on.

Pulkit reportedly praised Kriti and also gushed about her during the interview. He also mentioned how glad he was that he found her. “She grounds me, she completes me, and she has brought a lot of khairat in my life. I hope I have done something good and that's why I have found her,” he said.

While the couple seems to be too much in love owing to their social media PDA and lovey-dovey pictures, Kriti and Pulkit seem to be taking it slow. The duo is taking one day at a time when it comes to taking the next big step.

Ever since the actors made their love life public, there were rumors of the two tying the knot soon. However, even Kriti has put all such reports to rest and stated that she and Pulkit both are not ready for marriage now.

In a career span of 4 years since her debut in Bollywood, Kriti Kharbanda has established herself very well. She has anchored her roots sternly which has given her the opportunity to grab successful scripts.

On the other hand, Pulkit Samrat and Kriti Kharbanda have shared the screen together in films such as Pagalpanti, Veerey Ki Wedding. They will once again be seen on screen together in their upcoming film Taish which is all set to release on ZEE5 on October 29.

Kriti Kharbanda has the sweetest wish for her boyfriend Pulkit Samrat; ...