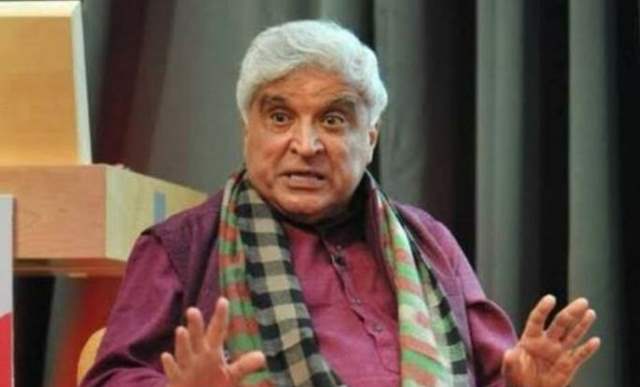 Lyricist and screenwriter Javed Akhtar is facing a lot of flak for his recent statements.

While speaking to a news portal, he said that the Taliban are barbaric, their actions are reprehensible, but those supporting the RSS, VHP and Bajrang Dal are all the same. This statement by Javed Akhtar has not gone down well with BJP’s youth wing and several of them landed outside his Juhu home to protest.

“RRS helps everyone in time of need and he has compared them to the Taliban. He must apologise. It is very condemnable that despite being a very sensible person, Javed Akhtar has given such a statement,” said several protestors outside his house.

Javed Akhtar has also reportedly stated that India is a secular nation, the population is largely secular but that there are those who support organisations like the RSS and VHP and people like Golwalkar, etc, who have the same ideology that of the Nazis of the 1930s.

Apart from that, Akhar is involved in a legal battle with Kangana Ranaut  pertaining a defamation case.

3 months ago Comparing RSS and its supporters to Taliban is inappropriate. RSS has not taken over a nation unlike Taliban. The politicians who came out from that organization, fought legitimate elections and then served their positions. Yes, if someone creates a law and order problem then it's a different thing all together and must be dealt accordingly, irrespective of which organization they belong to. Ideologically anyone can support anybody, that does not equates to becoming Taliban. Using force and terror to impose your ideology is what Taliban and these terrorist organizations do.

3 months ago Demanding secularism by forgetting to be secular. Azmi and Akhtar both give politically motivated statements.