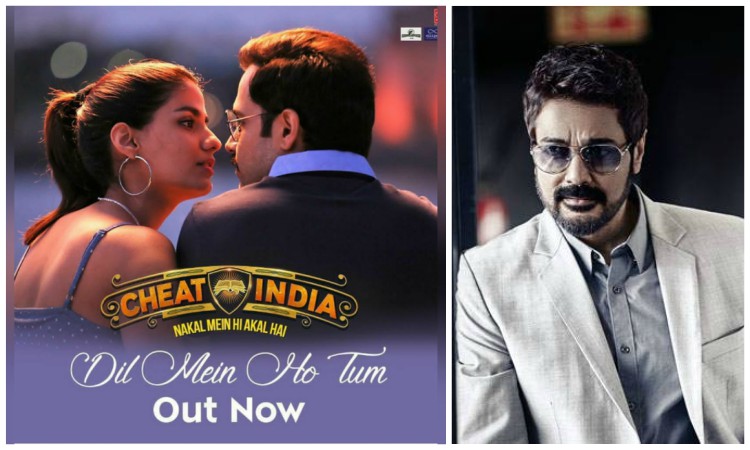 After the success of Guru Randhawa's 'Daaru Wargi', the makers of 'Cheat India' released the much talked about the romantic track 'Dil Mein Ho Tum'. Based on the iconic original composed and sung by Bappi Lahiri in 'Satyamev Jayate', the roots of this hit ballad are actually in the Bengali film, 'Amar Sangi'. The track 'Chirodini', picturized on Prosenjit, is one of the most loved songs in West Bengal. When the makers of 'Cheat India' released the recomposed version (by Rochak Kohli) 'Dil Mein Ho Tum' yesterday, Emraan paid a tribute to Prosenjit on his twitter feed while posting the song link.

The song, which amassed an overwhelming response in less than a day of its release, has even Prosenjit floored. He tweeted back to Emraan: "It made me nostalgic... So many memories revisited and this is looking and sounding too good. All my best wishes to the entire team. "