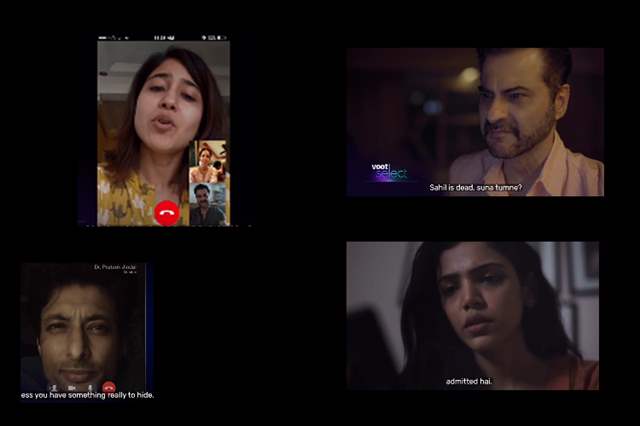 Yes, we are officially in times where the new normal is indeed a real thing and continues to probably haunt some people more than others. And while all the previously shot shows continue to arrive on the streamers even now, a well-planned and star-studded show about the lockdown, about coronavirus, shot in lockdown was really missing. That has now arrived in the form of The Gone Game, which will be available on Voot Select.

The show has a starry ensemble cast with the likes of Sanjay Kapoor, Shweta Tripathi, Arjun Mathur and others playing important roles and here's what I thought about it-

As the trailer suggested, the show is about a family who is currently staying away from each other owing to the lockdown and while everything else seems fine, things take a total turn when an incident happens. Suddenly, the family's elder son passes away and it is suspected that he has died of COVID-19. However, like a quintessential mystery, things begin unraveling slowly where it seems that has the elder son really died and what is the truth behind another woman in the whole setting.

It can be totally safe to say that the sheer attempt of being able to visualize something like this and being able to shoot it in a way that it can be pulled off is a feat in itself. Sure there will be a lot of limitations owing to the setting and everything else but the trailer does suggest that the cast and makers have done the best they can and it does look intriguing.

Yet another major plus in this trailer and the story overall is the star cast. Apart from the above-mentioned, the show also stars Shreya Pilgaonkar, Indraneil Sengupta, Rukhsar Rehman, Lubna Salim, and Dibyendu Bhattacharya in important roles. Check out the trailer below-