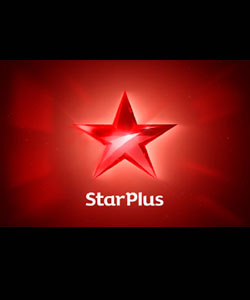 K. Venkatesh Production house which has made the renowned film Chokher Bali starring Aishwarya Rai Bachchan, is now trying its hands on Star Plus after making a big hit for Star Jhalsa.

The buzz that has come to us is, K. Venkatesh has already worked well in his debut show on Star Jalsa  (Bengla) titled Maa and the show is right now running at good TRP of 11. And now they have made up their mind to bring the same show in Hindi on Star Plus.

A source says, "K. Venkatesh Production house is coming up with a new show for Star Plus tentatively titled Maa. The show is the remake of the Bengali show with the same title with some minor changes and innovations. The show instills a heart-wrenching story of a young girl's hunt for her mother and her own identity. And simultaneously, her real mother is in search of her."

"Auditions for the show are already on and the production is in search of a few Marathi theater actors who could feature in the show as the leads, "adds source.

We couldn't get in touch with the Producer as he was out of the town.

Therefore the Operation Manager from the production house said, "Though we are coming up with a remake of Maa, we are not in the condition to give a confirmation as of now."

Watch this space for more updates on the same…

+ 3
9 years ago The concept of the show-mother-daughter sentiment is very touching ,but it must be a internal plot with a beautiful and a heart touching love story running foreground.
Only then viewers will love to watch.So much emotional drama is not being liked by viewers now.All that ppl need in a show is some light family drama,love,masti and maaza.
And SP,such conecepts need popular faces of tellyworld than new faces.

9 years ago i think pratigya nd rishtaa will be axed

9 years ago they actually talked about bringing news hsows to their channel but they are willing to end new shows rather than the ones that have run their course. and yes i remember reading a while back an article about the number of shows soon to air on star plus but till now only one or two have started so what happened to the rest pehle woh toh shuru kar do baad mein naye ko chance do.

+ 6
9 years ago OMG!! =O Its actual show got 11 TRPs?! =O Thats show must have been a big hit! WOW.. Currently Im not watching any SP serials but would love to watch something new.. Waiting desperately for Vaidehi.. Will give this one a try too.. =)

9 years ago If u need to remake a venkatesh films Show of Star Jalsha please Choose 'Bandhan' instade of 'Maa'.That was much better & entertaining.Pouring gallons of glysarin in a 8-10 year old girls eye in every episode-wont really work.

+ 6
9 years ago show us some thing new...LOL...
sasural genda phul is also the copy of "Ogo Bodhu Sundori" in bengal...
Suhana can never take the place of Lalita!!

9 years ago WOW! Now I wonder which will be the next show on star plus to go off air. That's all SP does, I guess- replace shows. Hopefully, it wont be SGP. It should be Dor or Gulaal.