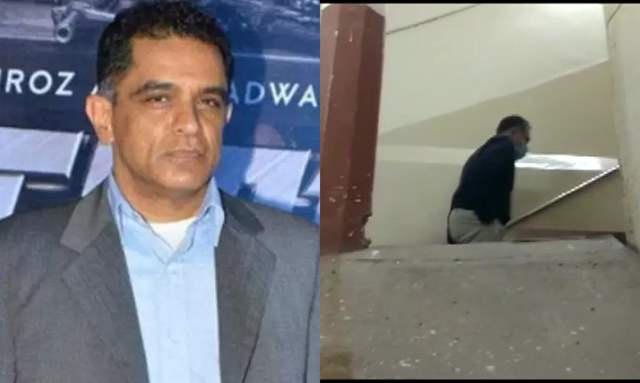 The Narcotics Control Bureau (NCB) raided producer Firoz Nadiadwala’s residence, on Sunday and his wife Shabana Saeed was also arrested in the alleged drug case. In a recent turn of events, the NCB official issued summons to the filmmaker and he has reportedly arrived at the NCB office.

A recent ANI report stated that the producer, on Monday was spotted arriving at the NCB office.

Earlier, NCB Mumbai Zonal Director, Sameer Wankhede reportedly revealed that Firoz Nadiadwala was summoned but he failed to appear before the agency.

The Narcotics Control Bureau (NCB) recently raided producer Firoz Nadiadwala’s residence and reportedly recovered 10 grams of marijuana at the filmmaker's home which is located in a plush area in the western suburbs of Mumbai.

For the uninitiated, producer Firoz Nadiadwala is a prominent producer in Bollywood and has produced several films including Welcome, Welcome Back, Phir Hera Pheri, Aan: Men At Work, Awara Paagal Deewana, Ghar Ho To Aisa, and others.