Actors are seen undergoing makeovers, adopting newfound skills, and even acquiring new accents all the time - merely to fulfill the needs of their onscreen characters.

For Anurag Basu's upcoming film Silence, Priyanka Chopra is to enact a mentally disturbed girl who is a deaf-mute. For this portrayal, Priyanka was required to cut her hair, and was asked to comply to the need. 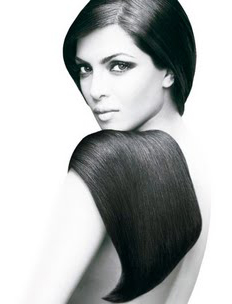 Piggy Chops however, refuses to chop her precious tresses!

Apparently, the demand placed by the movie makers was not entirely whimsical either. The character that Priyanka will be playing is of a girl who lives in an asylum and to give her the appearance of a medically assisted and groomed person, an easy to maintain hair do sounded logically right .

But having put her foot down on this particular option, Priyanka wants the director to come up with an alter appearance for her character.

What surprises one is the fact that its not the first time that such a requirement was placed before the actress; and contrary to her current resistance, Priyanka has been known to experiment with her hair in movies like Love Story 2050. Unfortunately, she is doesn't seem to be half as cooperative for Basu's project.


And she has her reasons. There is the TV show Khatron Ke Khiladi and upcoming movie Don 2, to concentrate on for the while. PC believes that since Silence does not release till next year, she can manage putting off the dilemma of her character face for that movie until later.

Will she or won't Piggy Chops part with her lovely locks is a question she alone can answer - but should she, or not, is what you must let us know!

Before Death, SP Balasubrahmanyam Has Sung For Upcoming ...
21 minutes ago

Sushant's Family Displeased With Attention Being Diverted ...
23 minutes ago

After Ten Months Jacqueline Fernandez has Finally Re-united ...
33 minutes ago