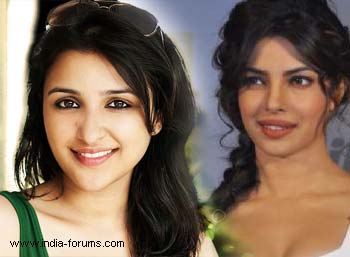 Actress Priyanka Chopra is excited about her cousin Parineeti's forthcoming movie "Ishaqzaade" and urges fans to watch the flick.

Yash Raj Films' (YRF) "Ishaqzaade", which also marks the debut of filmmaker Boney Kapoor's son Arjun will release May 11, tells the story of two fiery characters and their fight for power and supremacy.

On the other hand, Shahid Kapoor and Priyanka starrer "Teri Meri Kahaani" is is being described as "a timeless love story". The film is set between 1910 to 2012. Directed by Kunal Kohli, it is expected to release in June.