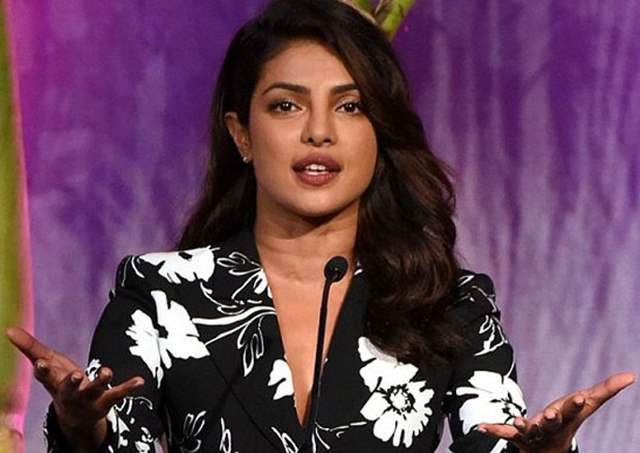 Priyanka Chopra was once asked to leave a film when she spoke up about getting a ‘nominal’ paycheck compared to her male co-star. At the time, she decided to accept it because it was drilled into her head that this is how the industry works.

The incident took place early on in Priyanka’s career. When she brought up the pay disparity, the producer told her that ‘women in movies are interchangeable’.

On the Skimm’d from The Couch podcast, Priyanka said,

I have been kicked out of a movie once… Or told that I should leave. I wasn’t kicked out of it because I decided to stay and suck it (up). I was told that if I don’t take the paycheck which was nominal compared to my co-actor for almost the same amount of work… The producer told me that there are so many other girls who will take this opportunity and women in movies are interchangeable.

Priyanka said that she did not raise objections at the time because she ‘had to work within the system’ as she was led to believe that this is the ‘only way’ to work in the industry. She added,

It took almost 15 years for me to get to that place where, you know, I could stand my ground. It took hearing the conversations from other women banding together to give me the confidence to stand up for myself

Recently, Priyanka turned author with her memoir, Unfinished. The book chronicles Priyanka’s childhood, facing racism during her teenage years in the US and transitioning from a beauty pageant winner to an actor.

Priyanka also has a number of projects in the pipeline, including Amazon series Citadel, The Matrix 4, Text For You, a romantic comedy with Mindy Kaling and an unscripted Amazon series tentatively titled Sangeet, which she will executive produce with Nick.

2 months ago Every film industry has an "ugly reality". In a few years she will be talking about the "ugly reality" of Hollywood since she's there now. The kind of things these clowns do to seek validation is really funny.

Different12 2 months ago If this was it why don’t she speak up much before. Why is it during their promotions that all these come out

+ 5
2 months ago everyone knows this happens. Unless you have the courage to mention names what even is the point?

+ 4
2 months ago this "ugly" truth is already known to everyone.

2 months ago why now? She is trying to sell her autobiography with these sleazy dated claims.