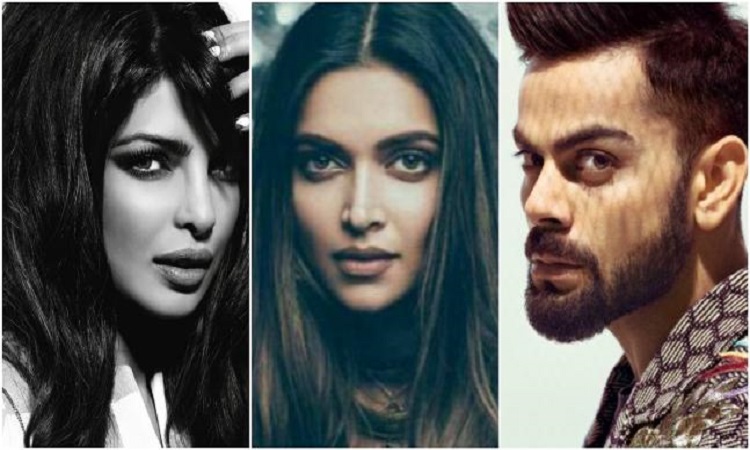 "So happy and proud to see my friends Deepika Padukone and Virat Kohli on the Time 100 list. Big congratulations and so well deserved. Desi power. Represent," Priyanka tweeted.

Deepika is the only Indian actress to feature in the Time 100 Influential People in the World, sharing space with names like Nicole Kidman, Gal Gadot, Greta Gerwig and Lena Waithe.

He shared a photograph of himself along with Shruti and Manjrekar holding the film's clapboard.

Other details of the films are still under wraps.

Actress Sonali Kulkarni, who is waiting for the release of her film "Hope Aur Hum", co-starring veteran actor Naseeruddin Shah, says she has stopped checking how much screen time she gets in projects now.

Helmed by Sudip Bandyopadhyay, "Hope Aur Hum" is a tale of a family in Mumbai whose lives are explored through an endearing cinematic journey.

"I am really thankful that Sudip asked me to play this part in 'Hope Aur Hum'. A film that is really very close to my heart now. I was so thrilled to read the story because as an actor I have stopped checking out how much screen time I have or how much range of emotions I have. For me the most important thing for me was to get to work with Naseer sir," Sonali said in a statement.

"These two important reasons really drove me a long way. I have worked with Ravi on 'Dil Chahta Hai', and I was getting to work with him once again. He is one of the ace technicians, a cinematographer we have in India today and you know it's ultimately it is about with whom you get to work," she said.

Scheduled to release on May 11, "Hope Aur Hum" tells the tale of the Srivastava family whose lives are affected by the senior most member of the family, Nagesh (Naseeruddin). His obsession with his traditional copying machine called Mr Sonnecken starts to take a toll on the relationship of the entire family.

With the family revolting against Nagesh's old ways, the film tells the tale of the transition between the old and new, explored through the ideas of three different generations. Produced by Thumbnail Pictures, the film is presented by PVR Pictures.

Zendaya Gives Update on 'Beautiful' Second Season of ...
54 minutes ago