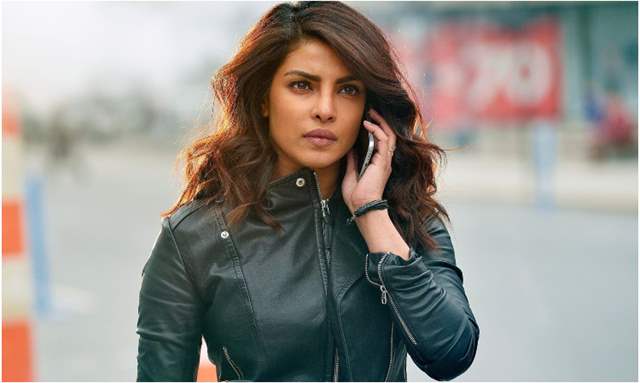 International sensation Priyanka Chopra recently launched her memoir - Unfinished and the book topped the bestseller charts in United Kingdom, United States, and India. The White Tiger actress started out as a winner of the Miss World 2000 pageant and now she has transpired to be a global star after her Hollywood debut with a 2015 spy drama - Quantico. It was no cakewalk for Priyanka, and looking back at her struggle, PeeCee has often shared the stories about the hurdles she crossed.

The Sky is Pink actress continues to experience a fair share of struggles, however, Priyanka in her book shared some unknown facts and anecdotes about her life and wrote about her journey to Hollywood. Making a shocking revelation, the 38-year-old actress revealed that she faced explicitly racist hate mail and tweets during the debut of her first song in the United States.

“I remember the thrill of turning on the television the first night it aired and seeing myself introducing the game in a prerecorded announcement, and then watching the upbeat 'In My City' promo video along with the millions of others who were tuned in. From where I sat, there was no better way for me and my music to be introduced to mainstream America than through an NFL weekly spot. #GameOn!” shared Priyanka Chopra in her memoir - Unfinished.

She further continued, "My bubble was quickly burst. The excitement of having my first song debut in the United States on such a huge platform was destroyed by a storm of explicitly racist hate mail and tweets, including – among many, many examples to choose from –

'What's a brown terrorist doing promoting an all-Americal game?' and 'Go back to the Middle East and put your burka on' and-years later it's still hard to write this – 'Go back to your country and get gang-raped.'

Priyanka has worked her way to the top. Ever since her Bollywood debut, ‘The Hero: Love Story of a Spy’ (2003) she has garnered millions of fans across the globe and continues to attract more. The actress was last seen in ‘The White Tiger’ which starred Rajkummar Rao and Adarsh Gourav as the male leads in the Ramin Bahrani directorial.