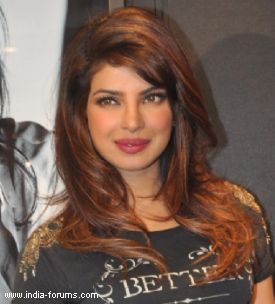 Bollywood actress-singer Priyanka Chopra, the first Bollywood actor to become the face of global fashion brand GUESS, will meet and greet fans at its flagship store in London Monday.

The 'desi girl' will make a special appearance at the store on London's Regent Street. She will sign autographs for her fans too, read a statement.

Priyanka will also treat her fans with a preview of her new single "I can't make you love me".

For the first 200 fans to show up at the store, she will give a free remix download of her earlier song "In my city", featuring Will.i.am.

The former Miss World had recently starred in the GUESS Holiday 2013 advertising campaign, shot by former GUESS collaborator and musician, Bryan Adams. She was captured in black and white images.

On the Bollywood front, the actress is currently awaiting the release of "Gunday", in which she will be seen with Arjun Kapoor and Ranveer Singh.