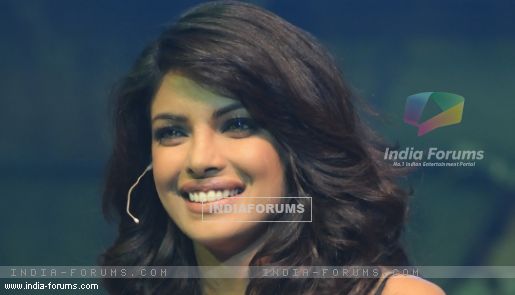 Bollywood actress and singer Priyanka Chopra sent out a global message of bringing women empowerment through education at a world leaders' conference held in Boston.

After the event, Priyanka took to micro-blogging site Twitter to talk about the "privileged" moment of sharing dais with leaders like Bill Clinton.

"What an amazing day. So honoured to speak at @EFHelloWorld & being part of an amazing list of speakers @billclinton @stevewoz @OfficeGSBrown," she tweeted.

The actress spoke on the importance of girl education and women empowerment, which plays a significant role in development of a country, at EF (Education First) Hello World's Day with World Leaders Conference held Friday.

The actress, who looked uber-chic in a sophisticated black dress, also said that she was delighted to talk about her favourite subject.

"Gratified, talking about my favourite subject #GirlPower 2 all the ladies out there... Happy Valentine's Day. Always remember u are so VALUABLE," she further tweeted.

The actress has time and again proved that girls are no less then men and even her success graph evinces the same with movies like "Fashion" and "Mary Kom". To channel the same energy, Priyanka also supports Girl Rising campaign.

She is currently in the US to shoot an American TV show.