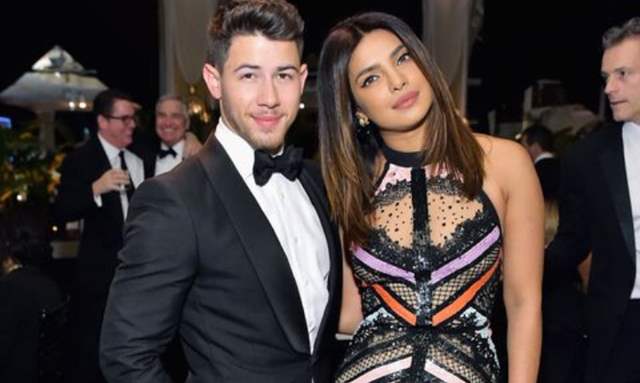 Actor Priyanka Chopra tied the knot with American singer turned actor Nick Jonas in two grand ceremonies in December 2018. The adorable couple has constantly set wedding goals owing to the - 10-year age gap - unique nature of their relationship. Priyanka and Nick met for the first time at the Vanity Fair Oscars party in 2017 and this was the first milestone in their forever love story.

Now, during a recent interview, Chopra has shared her secret to a good marriage and also revealed how she managed to plan the ‘world’s most epic wedding’.

"Secret behind a good marriage? I am just two years in, so I would be able to tell you only so much. According to me, it is a conversation. And, actually sitting down, being able to speak to each other and spend time with each other. And actually enjoy it all," Priyanka told Vogue Australia.

Priyanka and Nick got hitched in grand wedding ceremonies - Hindu and Christian - to honour each other’s traditions - at the Umaid Bhawan Palace in Jodhpur. The adorable couple tied the knot on December 1, 2018, followed by multiple lavish receptions.

The White Tiger actor also talked about being privileged enough to be doing what she loves. She pointed out, "I’ve never treated it like work.” Priyanka explained that she is very privileged to be amongst a percentage of people around the world who wake up every morning and do something they love.

Smitten by her beauty, Nick was the first one to approach Priyanka on Twitter by sending a direct message to her, reading, ‘I’m hearing from a mutual friend that we should meet.’

On the Bollywood front, Priyanka was last seen in filmmaker Ramin Bahrani's 'The White Tiger' co-starring Rajkummar Rao and Adarsh Gourav. While she is currently shooting for her Hollywood project in London, she is yet to announce her next Bollywood film.

On the other hand, Priyanka Chopra has a few Hollywood projects in the pipeline which include, director Jim Strouse’s ‘Text For You’, Indian wedding comedy with Mindy Kaling and ‘Matrix 4’ with Keanu Reeves followed by a film based on the life of Maa Anand Sheela in her kitty.

4 months ago Secret to her good marriage is her locking down a man much younger than her since no man her age or older than her would be interested in her. At least not in India. So she married Nick because of his connections. Now she will only be known as Nick’s wife and continue to do 2-3 minute insignificant roles in Hollywood movies.