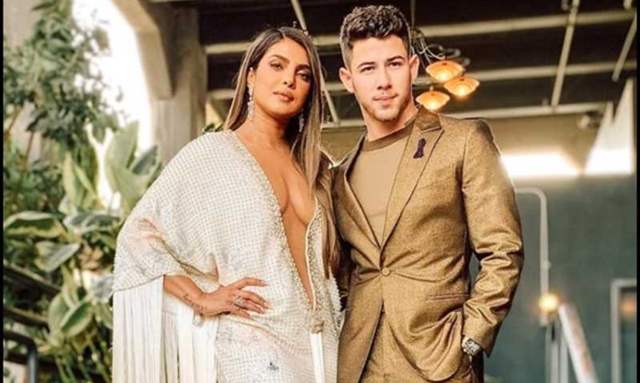 Celebrity couple Priyanka Chopra and Nick Jonas marked the second anniversary of their first date together on May 26. The duo got hitched in 2018 and they continue to be one of the most adorable couples in Bollywood. Their fairy tale wedding is still one of the best Bollywood weddings that we have witnessed.

During a recent interview with Today’s Hoda and Jenna by video chat from the set of The Matrix 4, Priyanka revealed what she learned about Nick during their alone time in isolation.

“I still like him after spending so much time with him. It feels great. We would have never had as much with each other as we got during this quarantine. It only took a global pandemic to align our schedules together. We had moved into a new house so we had time to do it up together.”

Previously, a report revealed some of the inside pictures and in-depth details of their lavish mansion in Los Angeles, California.

Also read: Priyanka Chopra-Nick Jonas' 144 Cr Mansion is Nothing Less than a Dream Home: Inside Pictures

During the same, she also opened up about her long-awaited book debut - ‘Unfinished: A Memoir’ and shared the reason behind the name of her memoir. The 38-year-old actress said, “Because I have left a lot of things unfinished in my life and at the same time I feel that there is a lot more that I want to do. I think it’s okay to leave things behind and to move on the trajectory of your life changes.”

She added, “People beat themselves up a lot about where they are going to go and the plans they have made, this was just me introspecting on having done this for almost 20 years, about where I want to go as a woman, as a human being and as someone who is ambitious.”

On the other hand, ever since her wedding with Nick, the Sky is Pink actress has been traveling between the US and India, owing to her different work commitments. However, she had to stay put in LA because of the travel restrictions implemented because of the Coronavirus scare.

On the work front, Priyanka’s projects include a film about Ma Anand Sheela, which she will co-produce as well. She will also be seen in two Netflix projects - superhero movie We Can Be Heroes and The White Tiger, opposite Rajkummar Rao.