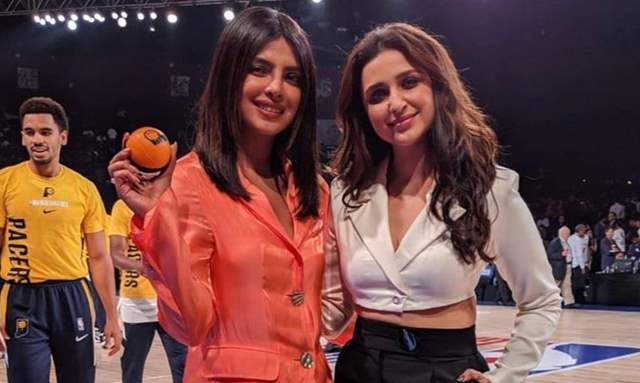 Actor Parineeti Chopra has set the bar high with her performance in the trailer of ‘The Girl on the Train’. Ranking high on suspense quotient, Parineeti’s chilling act was applauded by her sister Priyanka Chopra who often cheers for her loved ones on social media.

Priyanka was left in awe of her little sister and she is already looking forward to the release of the film. Taking to her Instagram handle, The White Tiger actress shared the trailer of Parineeti’s upcoming film as she wrote: "Wow @parineetichopra SO looking forward to this." 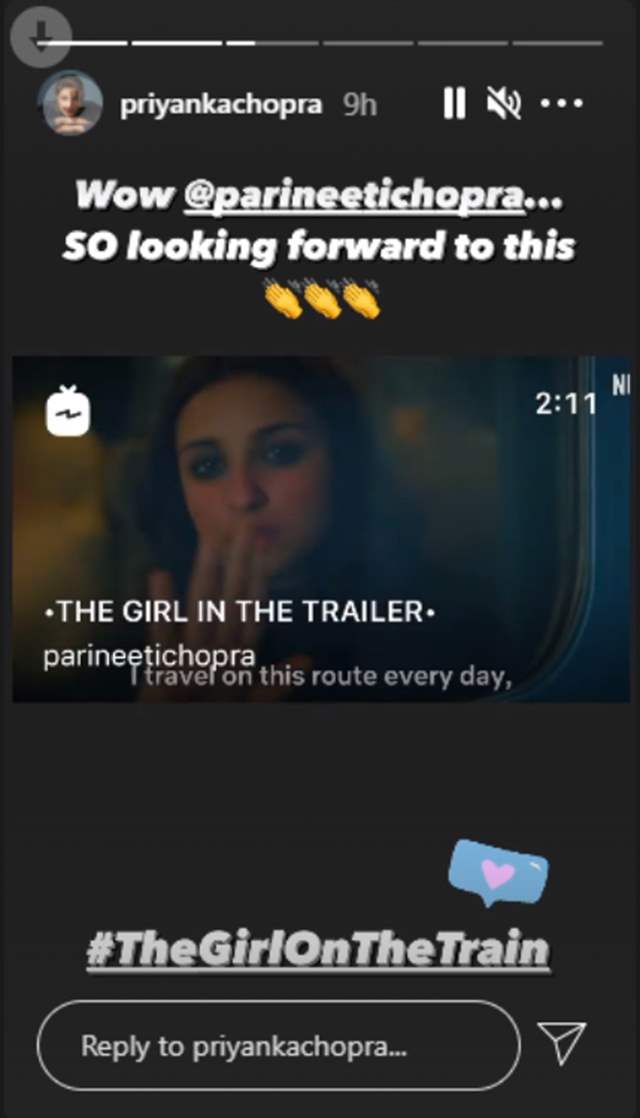 From the looks of it, Parineeti Chopra has successfully slipped into the skin of her character of an alcoholic woman - Mira Kapoor who travels on a train and suffers from untimely hallucinations. But, soon she involved in a missing person investigation and uncovers deeper secrets.

Meanwhile, the Ishaqzaade actress is being praised by the netizens for her convincing act in the trailer and it has rightfully hyped the film after the trailer’s release.

The Girl on the Train is an official adaptation of actor Emily Blunt's 2016 Hollywood film of the same name. The American film was based on Paula Hawkins’ 2015 best-selling novel of the same name.

Helmed by Ribhu Dasgupta, the film also stars Aditi Rao Hydari, Kirti Kulhari and Avinash Tiwary and it was shot in London.