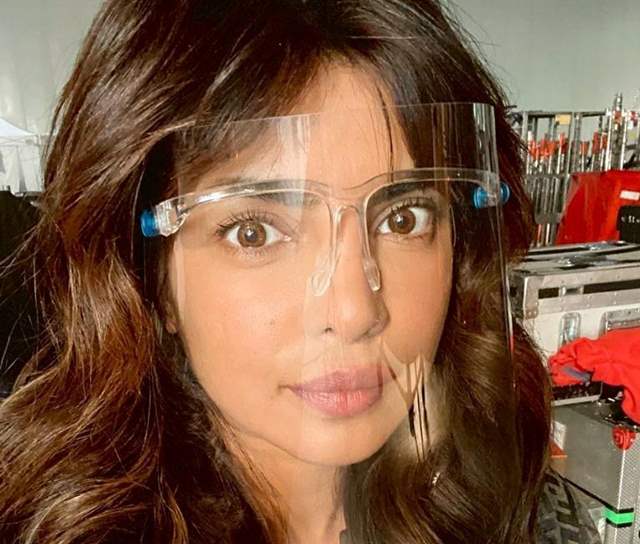 Priyanka Chopra, who is currently living in London with husband Nick Jonas appears to have flouted COVID-19 rules as she was pictured visiting the Josh Wood Colour salon in Notting Hill.

According to Mail Online & Metro, Chopra was accompanied by her mother Madhu and her dog Diana as she visited the salon at around 4.55pm.

Celebrity stylist Josh Wood, who often does Chopra's hair was also in attendance. Police were seen arriving at the salon, and appeared to order the customers out of the salon, according to the publication.

The Hollywood star’s representative told Metro.co.uk: ‘Following government guidance, Chopra's hair was coloured for the purpose of the film she is currently shooting in London.

‘The salon was opened privately for the production and everyone involved had been tested and followed both the DCMS working guidelines and the film production regulations.

'As I am sure you are aware, Film and TV production is permitted to continue in the UK, and locations can continue to accommodate shoots and recces that are carried out in-line with government guidelines.

‘The exemption paperwork legally permitting here to be there was provided to the police, and they left satisfied.’

A spokesperson for the Metropolitan Police also told Metro.co.uk: ‘Police were alerted at around 17:40hrs on Wednesday, 6 January to reports of a Covid breach taking place within a hairdressers on Lansdowne Mews, Notting Hill.

‘Officers attended and the owner of the salon was given a verbal reminder of the important need to comply with all regulations regarding Covid-19 and signposted to other sources of advice.

‘No fixed penalty notices were issued.’

The salon was seemingly in breach of new lockdown regulations, which require ‘personal care facilities such as hair, beauty, tanning and nail salons’ to close.

The Government website also reads: ‘Tattoo parlours, spas, massage parlours, body and skin piercing services must also close. These services should not be provided in other people’s homes.’

Wood dodged a £10,000 fine for opening during lockdown, after the rules came into effect on Monday.