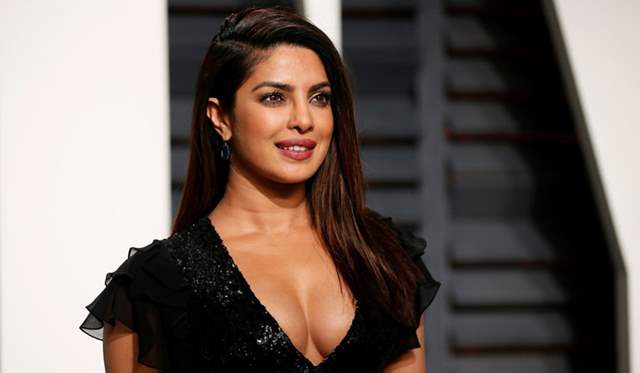 Global icon expected to be one of the top 'Best Supporting Actress' contenders at The Academy Awards this year...

Living her best life, global phenomenon Priyanka Chopra Jonas ha achieved more fame and fortune over the years. Known for changing the face of India on the global map with her sheer talent and freshness, which she brings on the screen, Priyanka truly is one of the most loved celebrities globally.

Meanwhile, making headlines once again, Chopra Jonas has now been listed by Variety amongst one of the top contenders for the 'Best Supporting Actress' category at the Oscars this year. She's expected to take home the prestigious Academy Award for her upcoming Netflix film, 'The White Tiger'.

Directed by Ramin Bahrani, the film is an adaptation of Aravind Adiga’s novel of the same name. Her character in the film is something fans have never witnessed her doing before and is already being touted as one of the best so far.

For the unversed, Variety's Awards Circuit is home to the official predictions of the upcoming Oscars. Priyanka is being listed with the likes of Meryl Streep (for The Prom), Han Yen-ri (for Minari), Kristin Scott Thomas (for Rebecca) and Olivia Colman (for The Father) amongst others.

An inspiration for several young women out there, Priyanka Chopra Jonas also came forward to support business run by inspiring women in different parts of the world amidst the pandemic. The superstar was once quoted saying, "When women are financially empowered, they can transform families, communities and countries."

More power to you, PC!

We definitely can't wait to see the global icon take home the prestigious Academy Awards trophy this year for the 'Best Supporting Actress'. Netflix is producing 'The White Tiger' in association with Mukul Deora with Priyanka also serving as an Executive Producer.

pyar-ishk 1 months ago This article is a little presumptuous , especially since PC hasn't even been nominated, which won't happen until next year.

ChickenSoup 1 months ago The oscars are a joke now. Whatever movie wins nowadays is all due to politics and not because it’s worthy of the award.

basherz 1 months ago geez ! hype even before the movie has released ? Just because someone is a contender doesn't mean - they will take away the awards. I can name no.of actors who have over 5 oscar nominations but never had success in taking the lady home.