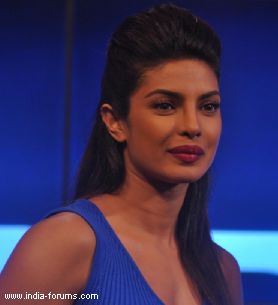 Actress Priyanka Chopra, who was busy shooting for "Dil Dhadakne Do" in Europe, is back to Mumbai in time for the first death anniversary of her father Ashok Chopra. A street here, close to the actress' residence, will be named after him.

Her father, a doctor who retired from the Indian Army in 1997 as a lieutenant colonel, passed away June 10, 2013, due to cancer.

Now, a year later, a street in Yari Road is to be named after him. His "little girl" Priyanka is at peace being at home.

"The home is where the heart is. Good to be in mumbai. Tizzying hyper emotions...extremes in every way...yet a stillness that's hard to explain," Priyanka posted on Twitter.

The street naming ceremony is likely to be attended by close family and friends as well as members of the NGOs that Ashok Chopra was associated with.