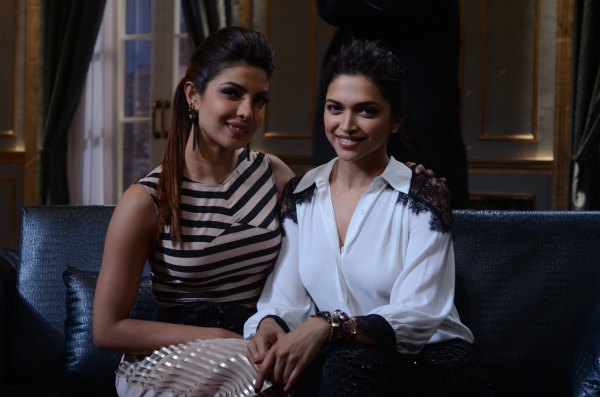 Deepika and Priyanka will be seen in a 'Lavni' in the film. The shoot for the song will be of 12 days with around 50 background dancer on a spectacular set. The actresses have been training for it for over 10 days.

Remo Dsouza was quoted saying, "Though it is essentially a lavani number, it would not be wrong to call it a mix of folk and classical dance as well. It is never easy to work with Sanjay Leela Bhansali as he wants nothing short of perfection. Also, with the costumes, it is never easy to choreograph or perform for the actresses. This one has two actresses so it will require absolute perfection and synchronization"

"After 12 years, since 'Devdas', audiences will see two contemporary actresses dance together in the same frame. It is a lavni composed folk song and a lot of work has gone into the sets and the picturisation of the song. Both Priyanka and Deepika have worked extremely hard on the song and rehearsed long hours for it," said Bhansali.