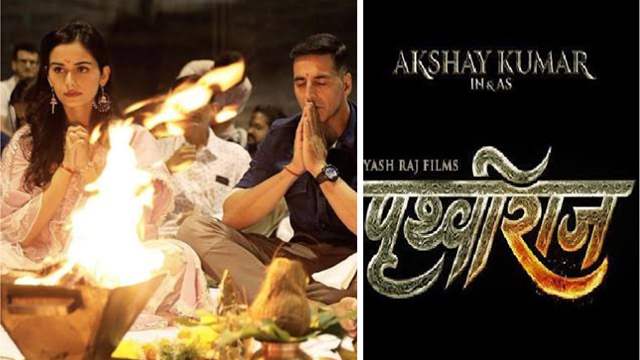 Former Miss World Manushi Chillar’s Bollywood debut film ‘Prithviraj’ has met with a controversy even ahead of it’s release.

After the Karni Sena, the Sanatan Sena has filed a ‘criminal complaint’ against Prithviraj, the production house Yash Raj Films and head honcho, Aditya Chopra. An official complaint letter from Surjit Singh, National President of Sanatan Sena has surfaced online regarding the same.

In the complaint, Singh mentions that he would like to register a criminal complaint under the Indian Penal Code 1860 against the makers on several grounds. An excerpt of the complaint letter reads: “That above named accused have jointly and severally produced, written, scripted, directed, captured on camera a Hindi Movie under the Name Prithviraj”. He claims that their move can hurt the religious and social sentiments of people.

One of the points also mentions, “That act of creating such a visual picture which has shown clear disrespect to the Hindu Warrior King his highness, Prithviraj Chauhan thereby causing an offence under Indian Penal Code 1860.” 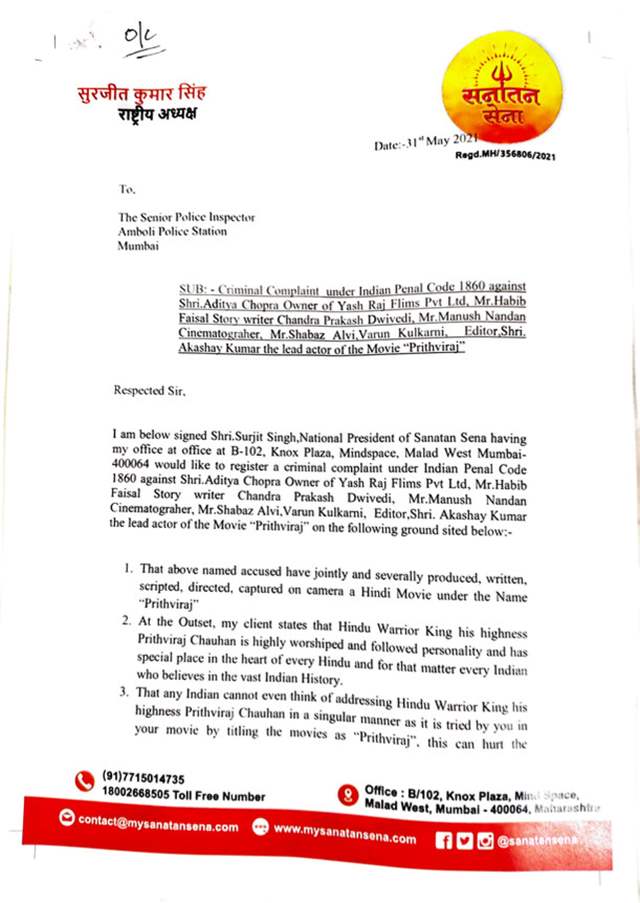 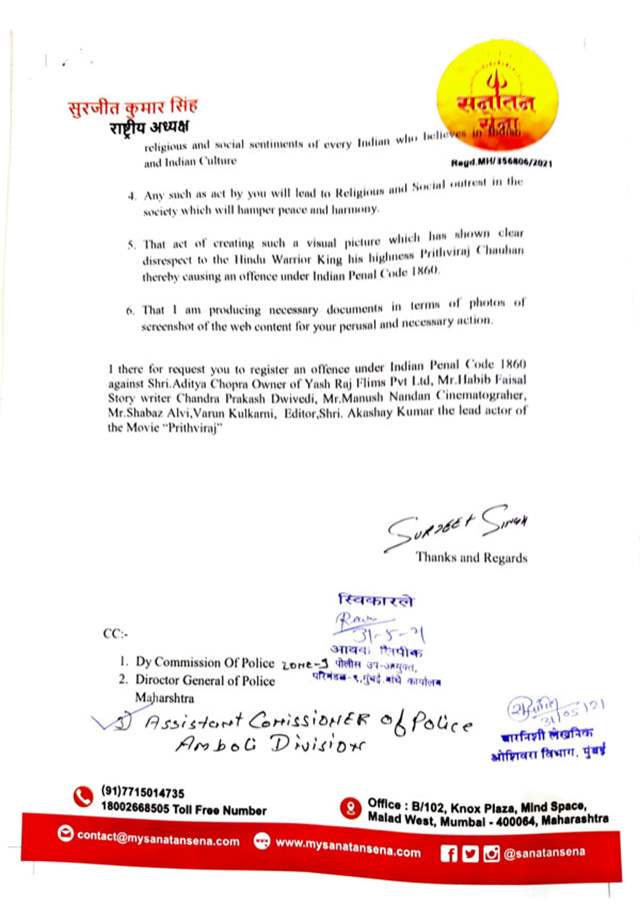 Recently, the Karni Sena filed a complaint against the film Prithviraj alleging that the film, based on the life of great king, Rajput Prithviraj Chauhan disrespects the leader. The Karni Sena demanded a change in the title and filmmaker Surjeet Singh Rathore, President of the Youth Wing of the Karni Sena told ETimes:

“How can they keep the title of the film as just ‘Prithviraj’ when the film is based on the great Prithviraj Chauhan? We want the title to be changed to his full name and give respect to him.”

They even demanded to watch the film before it’s release and threatened damage done similar to Sanjay Leela Bhansali’s ‘Padmaavat’.

Akshay Kumar donates Rs 1 crore for a school construction in a remote ...

Akshay Kumar’s effigy burnt in Chandigarh as a protest, in demand to ...

1 months ago because last few Akshay Kumar's movies have been good--like MOM, Padman--high expectations here too