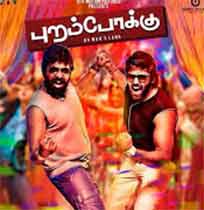 UTV Motion Pictures-produced Tamil drama "Purampokku" is currently being shot here. The makers, who recently erected a huge prison set to shoot some important portions of the film, say the set looks monumental.

"A huge set that will make the original 'Prisons' shy away in comparison was erected in the outskirts of Chennai. S.P. Jananathan (director), very familiar with scripts that attract global attention, literally left no stone unturned to make the set look monumental with the creative brain and hands of art director Selvakumar," read a statement.

The film's unit will shoot at the set for the next 45 days.