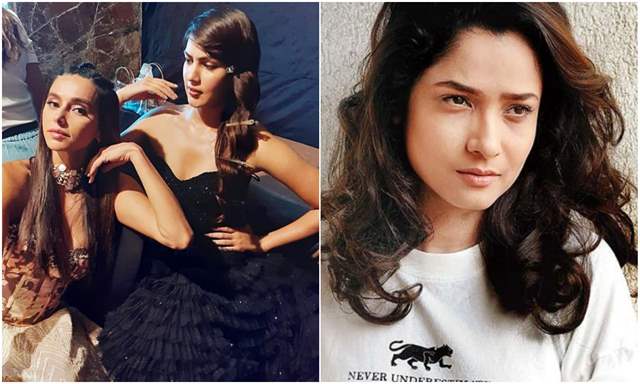 In her letter, Ankita had questioned Rhea and called her ‘careless and irresponsible’ for letting Sushant Singh Rajput allegedly consume drugs even when he was depressed. Her long letter has drawn a sharp response from Shibani who slammed her as 'Princess of Patriarchy'.

Shibani hit back by tagging Ankita in her post and took a dig at her relationship with late Sushant Singh Rajput:

“Such a grotesque letter by @lokhandeankita This princess of patriarchy who has never dealt with her own relationship issues with sushant, clearly she wants her two seconds of fame and has capitalised on rhea being targeted. She has played a major role in this ‘witch-hunt and she needs to be called out! She also just needs to shut the hell up. Enough ankita! No one has more hate in their heart(?) than you."

Rhea Chakraborty was arrested on Tuesday by the Narcotics Control Bureau in connection to the drug case in Sushant Singh Rajput's probe. Reacting to the same, Ankita had put out a post on 'karma' and written:

“Would anyone, who claims to have loved someone so deeply, allow the other person to consume drugs claiming to know his mental state and condition? Would you do that? I don’t think anyone would. So how can it not be seen as an act of carelessness and irresponsibility? As per her, she informed his family about his ongoing treatment but did she ever inform them about his drug consumption? I am sure she didn’t because maybe she, herself, enjoyed consuming it. And this is why I feel it’s Karma/Fate."

SilverBell 1 months ago We Are With Ankita She Loved Sushant Very Much. Don't Care About Reha.

Nature-Happiness 1 months ago People who have genuinely worked hard, are supporting SSR. While people, who have been a part of the so called 'innocent gang' with all the scandals, are with Rhea. And obviously, she will support Rhea. Because, what if she has to be arrested as well, for taking drugs? We are with you Ankita... ♥️