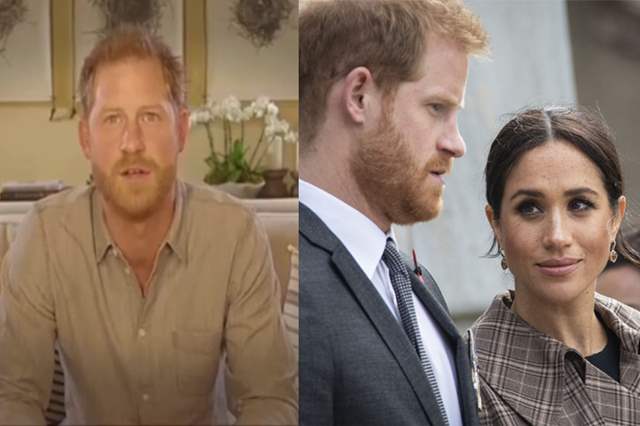 From their marriage to leaving the royal status, Prince Harry and wife Meghan Markle have already been trailblazers about every step they have taken and how that impacts everyone who follows them.

A few days ago, Markle went on to make a shocking revelation saying she had a miscarraige back in July.

Now, Prince Harry who is said to have persuaded Markle to actually talk about is opened up on the same himself. The Duke of Sussex helped launch WaterBear Network, a new Netflix-style streaming platform focused on conservation, by taking part in a conversation about the important topic. In the video via Instagram, shot from his California home, Harry shares how welcoming a son last year encouraged him to work against climate change and environmental issues. "The moment you become a father everything really does change because then you start to realize, well, what is the point in bringing a new person into this world when they get to your age and it's on fire?" Harry said. "We can't steal their future. We really can't. That's not the job we're here for." He continued, "I've always believed that hopefully, we can leave the world in a better place than when we found it."-

“Losing a child means carrying an almost unbearable grief, experienced by many but talked about by few,” Meghan wrote in a searingly honest and heartbreaking account in the New York Times, recounting how she and Harry shared tears as they comforted each other in a hospital room. “Hours later, I lay in a hospital bed, holding my husband’s hand. I felt the clamminess of his palm and kissed his knuckles, wet from both our tears. Staring at the cold white walls, my eyes glazed over. I tried to imagine how we’d heal," Meghan shared.

Prince Harry, who said "being in nature is the most healing part of life" in the nine-minute conversation, also emphasized the need to take action to save the natural world. "For me, it’s about putting the do's behind the say's, and that is something that WaterBear is going to be doing: capitalizing on a community of doers," he said. "There’s a lot of people that say, but this is about action."