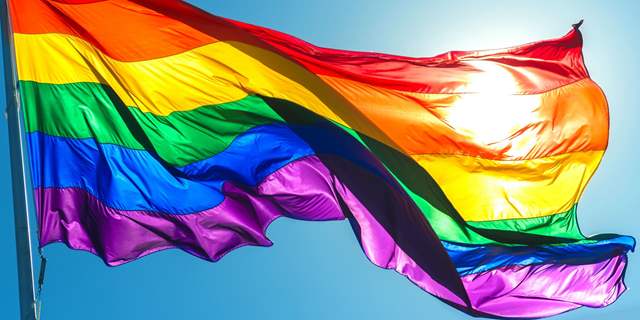 September 2018 was the month when many breathed a sigh of relief, while some cheered for their freedom from the invisible chains which clutched them from expressing themselves and their unique identities! It was a historic moment when the Supreme Court of India decriminalized Section 377, an act that criminalizes homosexuality, and allows gay sex amongst consenting adults.

Movies have a very creative way of showing us the lives of society. Especially Bollywood, where the characters, the powerful dialogues, the heart-wrenching sadness during a farewell between the lead pair, the soulful songs everything impacts the lives of the viewers in different ways. What matters the most though, is the way they portray a specific character and how the audience reacts to it. For instance, a gay character is always portrayed as the female leads best friend, he has a unique and colorful taste in fashion, acts really girly and tries to hit on the male lead who is wooing the leading lady, like Bobby Darling or Suresh Menon.

There have been very few movies in the past that have portrayed LGBTQIA+ characters and relationships as every other love-story is showcased. The first movie that showcased an LGBTQIA+ relationship, after the verdict, was Sonam Kapoor’s ‘Ek Ladki Ko Dekha Toh Aisa Laga’. With the audience waiting for Ayushmann Khurrana’s ‘Shubh Mangal Zyaada Saavadhaan’, a story based on a homosexual relationship, let’s take a look at the movie’s that portrayed members of the LGBTQ community as ‘normal’ (as per so-called societal rules) before the verdict was passed. 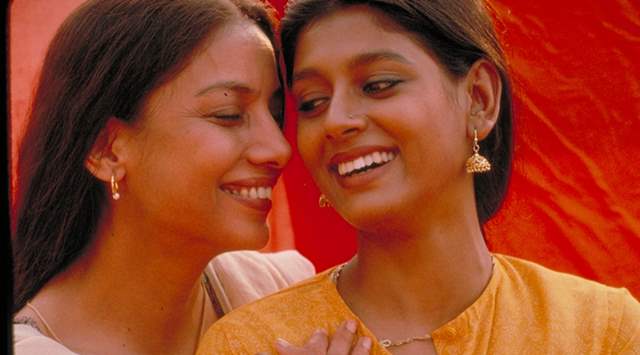 Directed by Deepa Mehta, Fire starred Shabana Azmi and Nandita Das. It was released in 1996 the movie was ahead of its time which proves the society was not ready to accept a same-sex relationship. Frustrated by their husbands’ disinterest in them Radha (Shabana Azmi) and Sita (Nandita Das) form an intimate, passionate relationship amidst a close-minded society. They thrive through thick and thin to stay together and love each other the way they deserved to but were always deprived of. 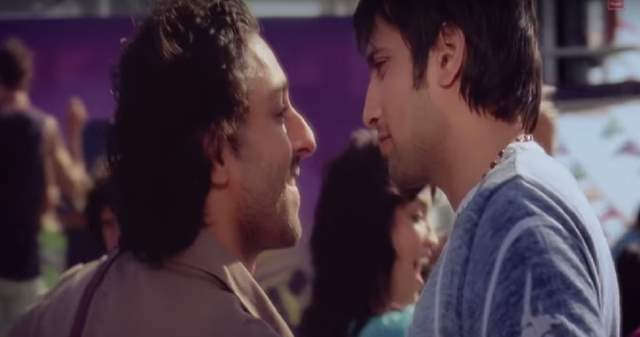 Directed by Reema Kagati, the movie focuses the journey of six couples who share a journey for their honeymoon, everyone dealing with their own set of problems. Known for its famous songs Pyaar Ki Yeh Kahaani and Sajanji Vaari Vaari, Honeymoon Travels Pvt. Ltd showcases a small glimpse of attraction between two married men. Bunty (Vikram Chatwal), is a homosexual man married to Madhu (Sandhya Mridul), a broken-hearted girl who is betrayed by her boyfriend when she finds out he is married and has a kid. They meet via the internet and decide to get hitched. On the other hand, Pinky (Ameesha Patel) and Vicky (Karan Khanna) are your typical childhood sweethearts hailing from Delhi. Why on the trip it’s shown that Vicky is romantically attracted to Bunty, but doesn’t express his feelings. 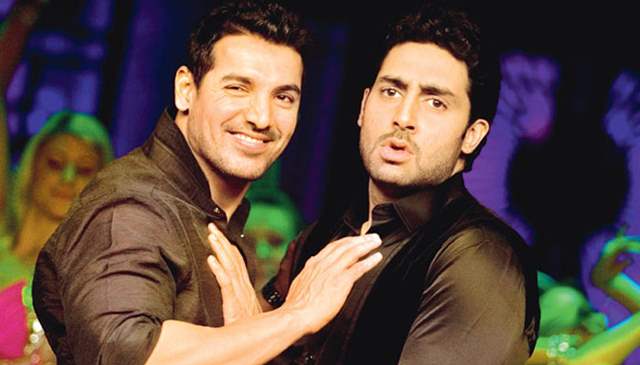 Though Dostana was a story of two straight males, Sameer (Abhishek Bachchan) and Kunal (John Abraham) who faked being in a relationship to rent a room in an apartment and woo the Neha (Priyanka Chopra), the lady who the apartment belongs to. What takes the cake in this Tarun Mansukhani directorial is how, Sameer’s mom (Kirron Kher), goes through a process to accept her son just the way he is, even if he is gay. 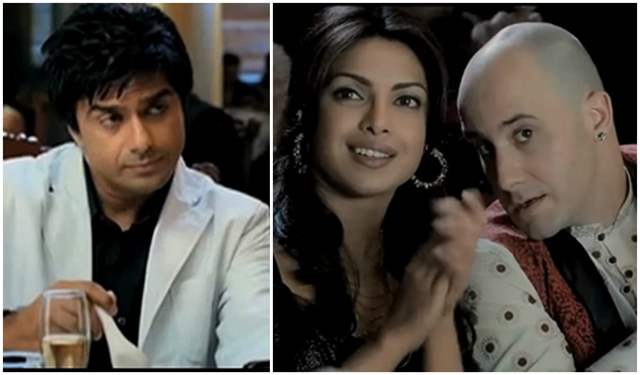 There are two friends Meghna (Priyanka Chopra) makes in the movie. Rahul Aurora (Sameer Soni) as a very talented designer and Rohit Khanna (Ashwin Mushran). Both of them have the role of being Gay. Rohit’s character has ways of talking and dressing that’s easy to portrait while Rahul, his character is more of a handsome, successful man because he cannot reveal his identity. It clearly shows how some of them are open about their identities while some have to keep it hidden because they fear judgements. 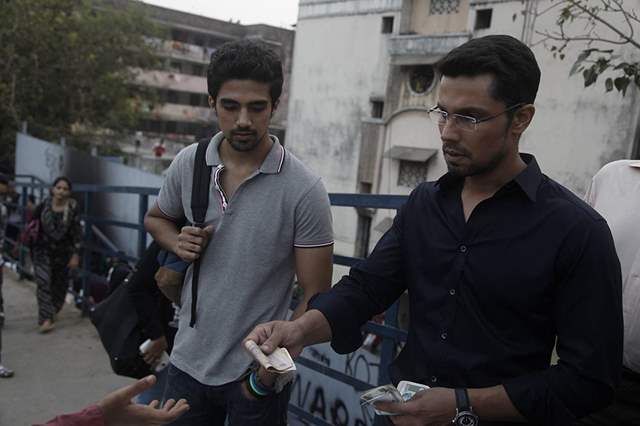 Bombay Talkies is a collection of 4 short-stories which revolve around people that showcases how Bollywood affects them. One of the stories concentrates on the life of a gay married man Dev (Randeep Hooda) who has an extra-marital affair with Avinash (Saqib Saleem), an intern at a magazine where Dev’s wife Gayatri (Rani Mukherjee) works. The gay romance of Randeep Hooda and Saqib Saleem is hidden behind the doors. 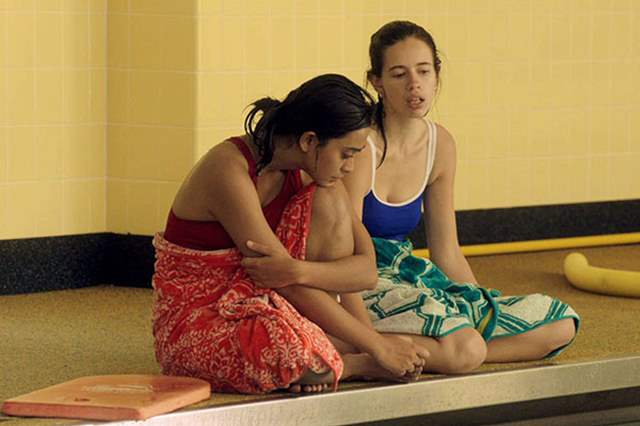 Directed by Shonali Bose, Margarita follows the journey of an Indian teenager Laila (Kalki Koechlin), who suffers from cerebral palsy. She moves to New York City with her mother, a traditional woman, to study at NYU. She meets and falls for a blind Pakistani woman (Sayani Gupta) but is also attracted to another man, Jared. Through this movie, she discovers her bisexuality while balancing her relationship with her mother. 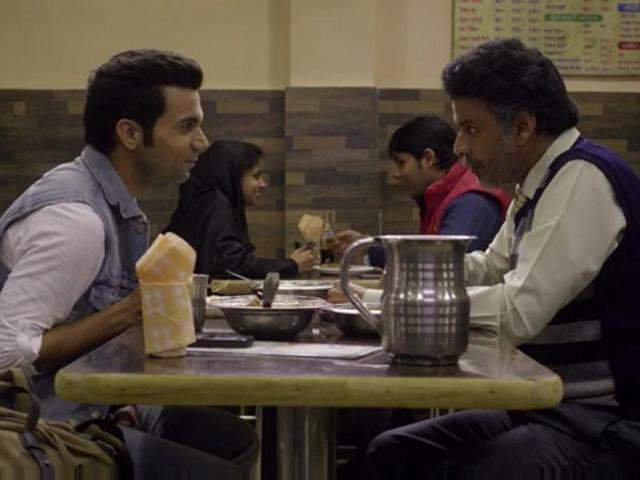 Aligarh is based on the real-life story of RamchandraSiras, a gay professor working at the Aligarh Muslim University. The biography was directed by Hansal Mehta and it starred Manoj Bajpayee, as the gay professor, and Rajkummar Rao, as Journalist Deepu Sebastian. The movie showcased the reality of Dr ShrinivasRamchandraSiras, a professor on whom a sting operation was carried out to determine his sexual orientation, and how he forms a special bond with the journalist who covers his story. 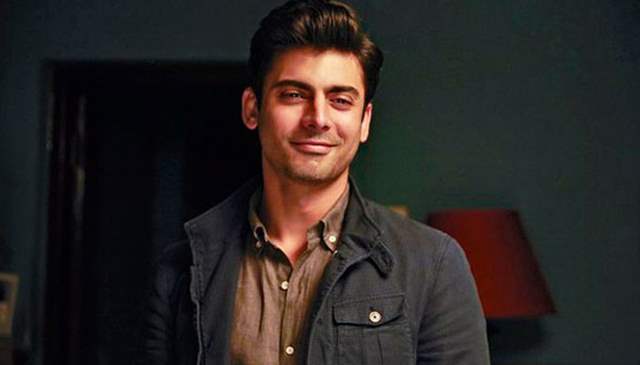 Kapoor and Sons is a family drama that mainly focuses on a tiff between brothers Arjun (Siddharth Malhotra) and Rahul (Fawad Khan), which intensifies when Tia (Alia Bhatt), enters their life. After a series of events, it is revealed that Rahul is in a happy and healthy relationship in London, that too with a guy. After finding out her elder son is gay, Arjun and Rahul’s mother Sunita (Ratna Pathak Shah) tries to accept him the way he is.

Now that we have decriminalized Section 377, it's high time Bollywood filmmakers understand that stereotyping such characters and using them as a medium of comic-relief should stop. They should be viewed as any other normal person is viewed and their love-stories are also normal, nothing to be emphasized about, may it be a gay, a lesbian or a simple heterosexual love-story.

All we are trying to say is, Live Happily and Love Without Regrets. A Happy Pride Month to all of you out there! No matter if you are out, questioning or closeted, take pride in yourself. Stay tuned for more updates!

P.S.: This article was written to make people aware of the current scenario the LGBTQ+ community faces in our Bollywood films.

Kedarnath, Malang, Tanhaji & more to Re-release in Theatres this week