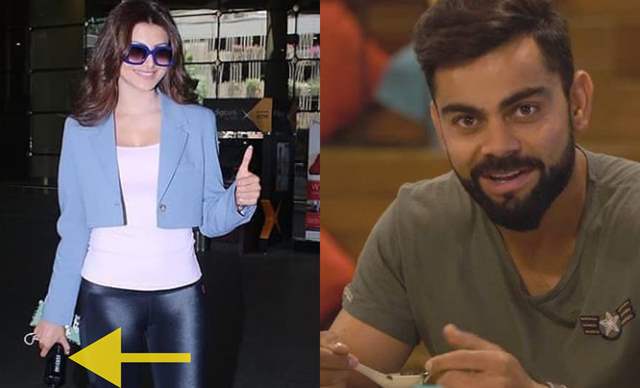 Urvashi Rautela has been making headlines these days. From wearing expensive attires to bagging big budget films, the actress has finally carved her niche in the film industry.

This time it's her expensive taste for "water" that's gotten her in the news!

A source close to the actress has revealed to us that Urvashi has picked up the healthy way of life and has adopted to drinking the minerals rich "special black water" that costs a whooping amount for just 1 liter.

Recently, she was also spotted at the airport carrying the “Black Water” bottle.

Surprisingly, even our Indian Cricket team's captain, Virat Kohli and a few other celebrities drink this special water. The water bottle which Urvashi was spotted carrying at the airport is natural-black alkaline water and It helps the person consuming it stay hydrated as it's high in pH.

Talking about the price of the bottle, it's highly expensive as compared to a normal bottle of water.

When asked the source, we further got to know that the one consumed by the actress, that bottle of water costs almost INR 3000-4000 per liter. Sharing further the source told us the reason Urvashi has started consuming this black water is because of the on-going Coronavirus pandemic. The actress wants to focus on staying fit, ensure good health and keeping her immunity levels high. 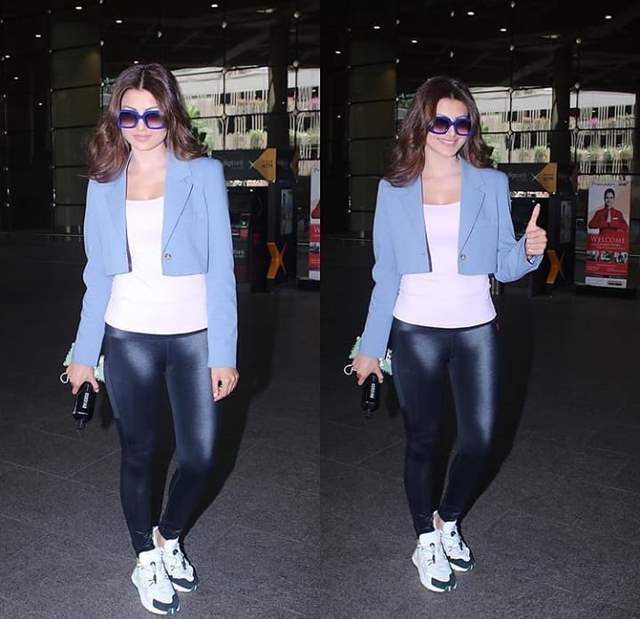 On the work front, Urvashi completed the shooting for her Tamil debut and was recently spotted at Mumbai airport returning from Delhi, looking elegant and chic in her airport blazer look. The actress dazzled in her music video “Ek ladki Bheegi Bhaagi Si”, she also recently acted in the movie “Virgin Bhanupriya”

On the other hand, she is shooting for her upcoming web series “Inspector Avinash”, in which we will be seeing her with Randeep Hooda playing the lead.

One of the most exciting ones is an international project with the Egyptian superstar Mohamad Ramadan and several others like a bilingual thriller “Black Rose” and a Hindi remake of “Thirutu Payale 2”.

The upcoming “Inspector Avinash” is a real-life story of police officer Avinash Mishra, directed by Neeraj Pathak. According to the sources, Urvashi Rautela has signed a three films deal with Jio Studios.

Cinesoda 2 months ago PR stunt. They probably don’t drink it at all. Only advertise it for cash