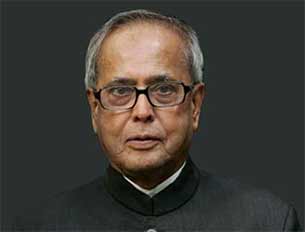 Gulzar, a multi-faceted talent who has also excelled as a director, screenwriter, producer and poet, became the 45th recipient of the Dada Saheb Phalke Award, conferred by the Government of India for outstanding contribution to the growth and development of Indian cinema. The lyricist was accompanied by his proud daughter Meghna.

The event was held Saturday at the capital's Vigyan Bhawan in the presence of Information and Broadcasting Minister Manish Tewari and other officials and dignitaries, as well as cinema talent from Bollywood, the southern and Marathi, Bengali and Assamese cinema.

The Indira Gandhi Award for best debut film of a director was given to Nagraj Manjule for Marathi movie "Fandry", for which Somnath Avghade won the best child artist award.

The audience cheered on as Rajkummar walked up to receive the honour from the president for portraying the real life and late law-abiding lawyer Shahid Azmi, in "Shahid".

The award for best popular film providing wholesome entertainment has been given to "Bhaag Milkha Bhaag", a biopic on former athlete Milkha Singh. Produced by Viacom 18 Motion Pictures and ROMP Pictures, the movie is directed by Rakeysh Omprakash Mehra, who was present at the ceremony to receive the honour.

Team "JOLLY L.L.B." walked away with the award for the best hindi film. Produced by Fox Star Studios, the movie, a comical satire on the country's legal system, is directed by Subhash Kapoor.

For the Nargis Dutt Award for best feature film on national integration, Tamil film "Thalaimuraigal", produced by Company Productions and directed by Balu Mahendra, was chosen for the year 2013.