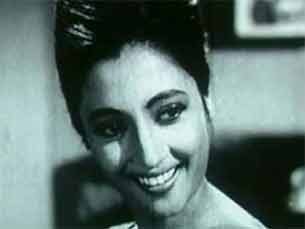 President Pranab Mukherjee Friday condoled the death of actress Suchitra Sen, whom he described as a "legendary actress who ruled Bengali cinema for decades".

In a condolence message to her daughter, Moon Moon Sen, Mukherjee said: "In the passing away of Suchitra Sen, the film industry has lost a highly talented and acclaimed actress who played memorable roles in a number of Bengali as well as Hindi films."

"She shall always be remembered by her countless fans for her versatile acting which brought life into the celluloid characters she played in films," a statement quoted Mukherjee as saying.

Mukherjee, who acknowledged Sen for her powerful roles in films, said she will be remembered by generations of film lovers.

"During her illustrious career she was not only a recipient of Padma Shri Award but also became the first Bengali actress who was awarded 'Best Actress Award' at an international film festival. Her sad demise is a huge loss to the Indian film industry, particularly Bengali Cinema," Mukherjee said.

The actress, who breathed her last at a Kolkata nursing home following a heart attack Friday morning, was awarded the best actress for the film "Saat Paake Bandha" at the Moscow Film Festival in 1963.

During her illustrious career, the 82-year-old delivered power-packed performances in acclaimed Bengali films such as "Deep Jwele Jaai" and "Uttar Falguni" as well as in Hindi movies like "Devdas", "Bombai Ka Babu", "Mamta" and "Aandhi".

A widow, Suchitra leaves behind her daughter Moon Moon Sen and granddaughters Riya and Raima.

exclusive
Exclusive Akanksha Puri on why it was important to leave Vighnaharta ...
34 minutes ago