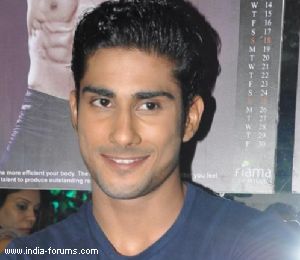 Prateik and director Tigmanshu Dhulia have mutual admiration for each other and are sad that they couldn't work together in "Milan Talkies".

"I really like the films that Tigmanshu sir makes, we couldn't work on 'Milan Talkies' due to some unfortunate circumstances," Prateik said in a statement.

"The film was to be earlier produced by some production house but now some other production house is making it. Things just didn't workout in between of all this... but I would like to get directed by him whenever things work out for us," he added.

Dhulia, who is riding high on the success of recently released "Paan Singh Tomar", too said that it was "unfortunate" that things didn't work out between him and Prateik.

"I have seen Prateik's work and I think he is very talented, He has a hint of his mother's acting prowess in him. Unfortunately 'Milan Talkies' didn't work for us due to some unavoidable reasons but I would like to cast a talented young lad like him in future," Dhulia said.

Ravi Kishan Hits Back after Anurag Kashyap Accused him of ...
3 hours ago

exclusive
Exclusive Shashank Vyas questions the need for IPL 2020: What good has ...
7 hours ago