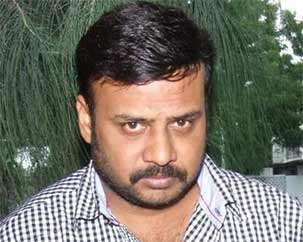 Director Prabhu Solomon, who is currently busy shooting for upcoming Tamil romantic-thriller "Kayal", has decided to spend more time on the visual effects and complete it before he starts shooting other portions of the film.

"There are about 15-20 minutes of visual effects-facilitated scenes in the film, especially towards the climax. I have already shot them because I felt I may run out of time if I do it in the end, closer to the release of the film. I didn't want to do a shoddy job and, therefore, already worked on it with visual effects designers," Prabhu told IANS.

"In essence, we shot the climax first and now are busy working on the rest of the film. Most filmmakers shell out very less or limited time for VFX and that's why the output is not outstanding when we see it on the big screen," he added.

Starring newcomers Chandran, Anandhi and Vincent, the film is currently being shot in different locations such as Kanyakumari, Ladakh and Rajasthan.