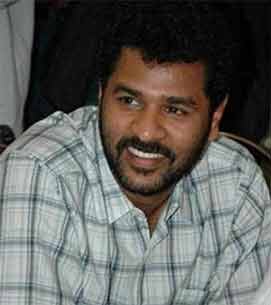 Prabhu Deva had planned an elaborate holiday for himself and his two sons for their summer vacations. But it went all awry when his friend in Chennai lost their passports.

"It was my friend in Chennai who not only lost my passport, but my sons' passports as well. I wanted to take them to Disneyland in Florida and other places after attending the IIFA (International Indian Film Academy) Weekend and Awards," Prabhu Deva said.

"Luckily I had not told my sons about the planned holiday. I wanted to give them a surprise. Had they known about the holiday in advance, they would have been very disappointed on it being cancelled," he said.

The actor-choreographer-filmmaker now sees a larger plan in this aborted trip.

"How can all our three passports be lost together unless there was a hidden reason for it? My sons and I were not meant to go on this trip. I feel that's why this happened. I'll just spend some time with them and maybe plan another trip later. The new passports will take another ten days," he said.

Doesn't Prabhu feel like taking a family holiday with a lady also in the family?

"I know what you are hinting at. It's not as if I've not had relationships. I've been single for the last two years. And that's because these past two years have been a time of unprecedented work for me. Where would I have found time for a relationship? I am getting old now. Soon it'd be time for my sons to have girlfriends," he said.

Curiously, neither of his sons shows any inclination to put on their father's dancing shoes.

"They're very young right now. I'll let them decide what they want to do. Although I followed my father's (dancing) footsteps, it isn't necessary that my sons do the same."