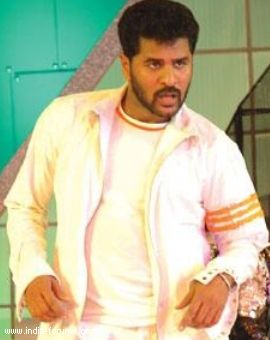 Akshay Kumar, who returns to the action genre after seven years with "Rowdy Rathore", confesses that he had to put in a lot of hard work while shooting dance sequences as director Prabhu Deva's steps were very difficult.

"Whatever he tells me, I go and rehearse it. We start rehearsing one week before. His steps are not so easy that you can do it immediately on the sets. Whatever steps he tells me I practice it and then do it finally," Akshay, who is a good dancer himself, said.

He was talking on the sets of the TV show "Dance India Dance" where he appeared to promote his film.

"Rowdy Rathore" also stars Sonakshi Sinha and is slated for a June 15 release.

Akshay says a lot of hard work has gone into the multi-starrer directed by Sajid Khan.

"It has been a hard battle in four days. So let's hope everything goes well. It's everybody's hard work together. It's a team work from Sajid Khan to (producer) Sajid Nadiadwala," he said.

Before Death, SP Balasubrahmanyam Has Sung For Upcoming ...
10 minutes ago

Sushant's Family Displeased With Attention Being Diverted ...
12 minutes ago

After Ten Months Jacqueline Fernandez has Finally Re-united ...
22 minutes ago

Kangana Slams Anushka for Raising her Voice Against ...
49 minutes ago

'RadhaKrishn' Fame Vaidehi Nair Roped in For 'Brahmarakshas ...
54 minutes ago