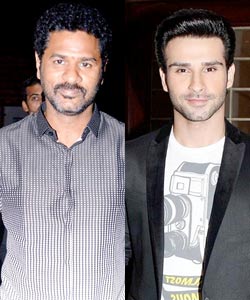 Every episode marks the presence of celebrities on the comedy show Comedy Nights with Kapil on Colors. The coming week will also see the all rounder Producer, actor and dancer Prabhu Deva and Girish Kumar.

Till now from the very first episode of the show we had seen the ace veteran actor Dharmendra Singh Deol in the launch week along with Emraan Hashmi and Vidya Balan. So also last week we saw the presence of the gorgeous Sonakshi Sinha and the dashing Ranveer Singh come in for the promotion of their upcoming movie Lootera. Johny Lever and Sunil Shetty too accompanied Kapil Sharma on the show in one of the episode.

The coming week we will see the talented Prabhu Deva and the lead actor Girish Kumar in the upcoming episode of the show. On the same we contacted our source to get the news confirmed and he said, "Yes, Prabhu Deva and Girish Kumar will be seen in the upcoming episode of the show. They have come for the promotion of their upcoming movie Ramaya Vastavaiya on the show which is all set to release on the 19th of July." 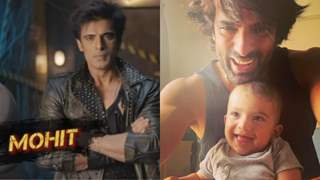 SHEENAAS1 8 years ago waiting for ramaiya vastavaiya... would love to see girish kumar and shruti hasan in jhalak dikhla jaa...