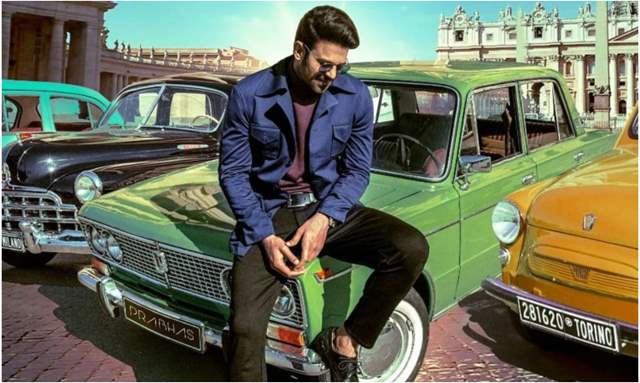 RadheShyam sees Prabhas return to his decade-old lover boy avatar. After doing a lot of action movies he returns to the romantic space after a decade, his loverboy comeback has made girls go gaga over his avatar in Radheshyam and the social media is filled with his fangirls going crazy in love with the actor.

The film which is set to release on the 30th of July 2021, recently came out with the movie's teaser and ever since the girls can't get enough of Prabhas's avatar. Social media is full of comment's like 'Meri Jaan',  'Love you', 'Waiting for 30th July' and other such things.

Prabhas's stardom is not new to such treatment as the poster reveal 1 and 2 had similar reactions from his female fans. He donned the old school lover boy avatar in one of the poster and in the other he looked like quite the chocolate boy.

The last decade has seen Prabhas acing the action movie space and with his movies reaching new heights because of his fandom's love and support. The actor is now a busy person as a lot of filmmakers are after the in-demand star. Last week his film Salaar was given a release date and the announcement was again met with a crazy reaction from his fans.

Prabhas currently has 4 Pan-India films in his bag and his lockdown was spent reading and signing projects. With AdiPurush, Radheshyam, Salaar and the untitled Deepika Padukone starrer, all films are Pan - India projects. He will be starring in various genre films for his upcoming projects like Mythology, Romantic drama, Sci-fi, and the unrevealed genre for Salaar.

Prabhas’ look from Adipurush goes viral; fans are stunned by his ...

1 months ago The film is giving me good vibes... hope script doesn't disappoint!