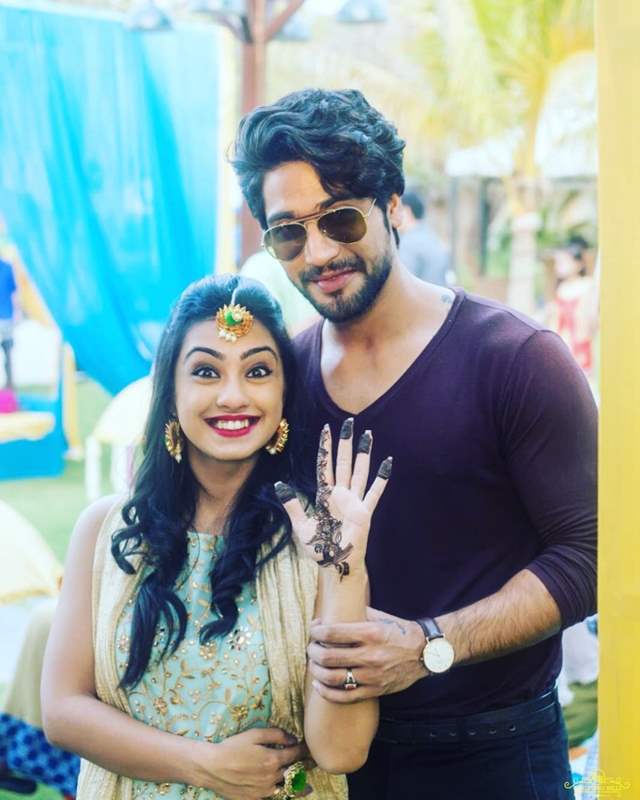 Zee TV’s popular fiction show Tujhse Hai Raabta has won everyone's hearts with its intriguing storyline and natural performances by its lead actors, Reem Shaikh (Kalyani) and Sehban Azim (Malhar). KalMa, as they are fondly called, have been one of the most loved Jodis of Indian television and while they might have been away from the small screen during lockdown, the duo is all set to come back with new twists and turns to their adorable love story. However, along with KalMa an adorable new jodi is set to make a cameo appearance on the show. Sanam Johar and Abigail Pande who have been the talk of the ‘T-town’ for their striking chemistry are all set to feature in an episode of the show.

Yes, you heard that right.. Sanam and Abigail are going to take wedding vows but their fans will have to wait for some more time as the power couple will be doing this as a part of Tujhse Hai Raabta’s story. Making a cameo appearance in a lockdown special episode, Sanam and Abigail will be seen essaying the characters of a power couple, Sharad and Priya. Celebrating their love and happiness, the Rane family is on their way be a part of their wedding, only to be quarantined in their rooms at the wedding venue. With a rather unusual dramatic wedding taking place, things take an interesting turn when the duo is hit by an unpleasant complication and decide to call off the wedding.  While Kalyani and Malhar along with Sarthak and Anupriya try their level might to reverse Sharad and Priya’s decision, will they be able to restore the to-be married couple’s faith in love and marriage?

Talking about their character and experience of shooting from home, Sanam and Abigail said, “It was a very different experience and great fun working from home. We learnt a lot from this whole experience and are glad to be a small part of the ‘Tujhse Hai Raabta’ family . Our team works so much for us, and we realised their value when we were shooting by ourselves using our mobile phones at home. It felt great working after so long! Hope the audience enjoys watching them as much as we enjoyed making them. ”

Catch the fun lockdown episodes of  ‘Tujhse Hai Raabta’ from tonight at 8:30 pm only on Zee TV!