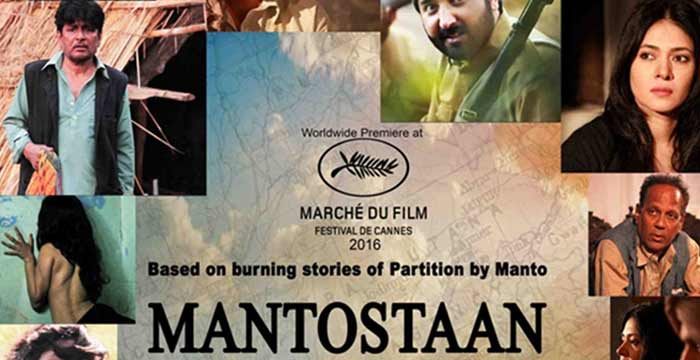 The makers of award-winning 2016 film "Mantostaan" have come up with another project, titled "Gandhis Memorabalia", that will tell various unknown aspects of Mahatma Gandhis life along with "in-depth analysis" of his work. The poster of the film was launched here on Monday.

"The main aim behind this film is to showcase various sides of Mahatma Gandhi. We want to tell all his ideologies not only nonviolence -- which most filmmakers talk about. We will tell his thoughts behind whatever he did. It's an in-depth analysis of his life," Dr. Bhanu Pratap Singh, who will direct the film, told IANS.

"I have received various honours, including Limca Book of Records and Guinness World Records, for my collections on Gandhi. I have done Ph.D. in Gandhian thoughts. I am not a follower, I do analysis of his work. This film will be made with an unbiased approach. It's an unbiased film," he added.

The poster of the film, without giving any details about the film, just showcases a sketch of Mahatma Gandhi.

The director said he has gone through Gandhi's autobiography "The Story of My Experiments with Truth" for the film, which will go on floors in upcoming weeks and will be shot across various locations in India.

The Indian-American co-production will showcase how Victoria (played by Daria Kosheleva) comes to India from London, meets Singh, and learns ideology of Gandhi.

"Daria belongs to Russia and lives in the US. When we did our collaboration with a producer there, then I met Daria. The film will show how a foreigner gets attracted towards an Indian (Gandhi) and his ideologies," Singh said.

"Daria doesn't know anything about India -- not even Amitabh Bachchan and Shah Rukh Khan. So, that's why we chose her as she is totally dumb about India. She will be able to act better this way. We will showcase Gandhi through photographs in the film," he added.

While "Gandhi's Memorabalia" is a low-budget project and is being eyed for a release in "300-400 screens in India", Singh said that he is planning a big budget film on Gandhi, which will be released in 2019 on his 150th birth anniversary.

"Through 'Gandhi's Memorabalia' we want to gain audiences' confidence and prove that we have knowledge about Mahatma Gandhi. After this one, we will make the film 'Gandhi and his Thoughts' - it will be a high budget film and will be shot in India as well as South Africa," Singh said.