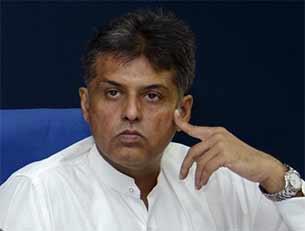 Smiling faces of children, pop corn, glasses, remote and more have been used to design the poster and Shravan Kumar, CEO of Children's Film Society India (CFSI), said it is designed to put focus on children.

"By making this design, we have endeavoured to bring children into focus through the festival. We want to celebrate childhood through films, which is the most powerful medium right now across the world," Kumar told IANS.

"So we had the minister unveiling the poster. We also have support from the industry now from mainstream actors like Salman Khan and Ranbir Kapoor," he added.

The festival is being organised by the union information and broadcasting ministry, CFSI and the Andhra Pradesh state government.

Ranbir will attend the opening ceremony, while Salman will lend his support through an audio-visual presentation, in which he will talk about his fondness for children's films.

The seven-day festival will screen as many as 200 films from 48 countries including Chile, Cuba, and Tunisia.

"The festival will be fun and entertaining rather than focusing on a particular issue," said Kumar.

Salman Khan's Official Statement about his Connection with ...
6 minutes ago

Naagin 5: Veer to return to destroy Bani and Jay?
46 minutes ago